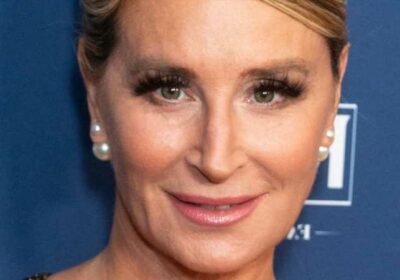 Sonja Morgan has graced our TV screens for years on the “Real Housewives of New York City,” sharing anecdotes about her glamorous life and all the fabulous men she’s dated. Let’s take a look back at some of the famous (and surprising!) names she’s been linked to.

The Morgan family! Sonja won’t let us forget that she was married to banker, John Adams Morgan for almost a decade (the two share a daughter together). Before that, the fashion designer was previously engaged to Italian Count Pierfrancesco for six years. But Sonja doesn’t have a type, telling The Daily Dish, “You know, I like all kinds of people. So I’ve gone out with musicians. I’ve gone out with royalty,” she said about her romantic affairs.

Although she confessed she’s “not interested in celebs,” telling ET that she “like[s] smart people” and needs “interesting dialogue” because she “likes to talk a lot,” the reality star has had her fair share of Hollywood flings. Giving fans a look inside her black book, Sonja shared she once dated actor Owen Wilson. “Tinsley [Mortimer] said her celebrity crush was Owen Wilson, and I thought she said she dated him,” Sonja told ET. “I go, ‘Oh! I dated him, too!'” And it doesn’t stop there, as we can add Jack Nicholson to the list. Telling Andy Cohen that “Nobody nails down Nicholson,” she described their situation as “one big sloppy mess.”

Sonja is now sharing a Bravo star that we can add to the book!

Sonja Morgan once went out with a 'Million Dollar Listing' star 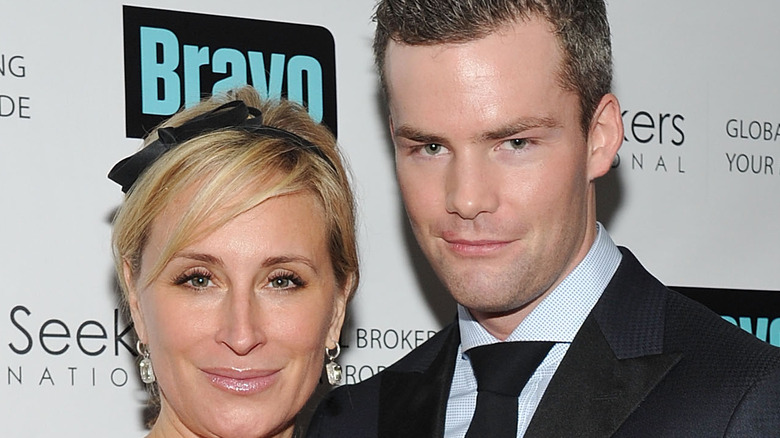 Sonja Morgan is spilling the tea on which Bravo star she had a past with. On the June 29 episode of  “Watch What Happens Live,” “The Real Housewives of New York City” star revealed that she’s actually dated fellow Bravoleb, Ryan Serhant.

“I dated Ryan before he got married,” Sonja said of the “Million Dollar Listing” realtor. “We went to [the Human Rights Campaign] event [in 2012]. It was a humanity event, so I felt I needed to kiss him to be a humane person,” she quipped. The shocked host couldn’t help but press for more information and asked what they did after the party. “Actually, he went this way, and I went that way. It’s fine.”

When Andy asked if they only kissed, Sonja corrected him by sharing, “We did a few things else, I mean afterwards—we went on other dates.” She then revealed, “He was a newbie — he didn’t know how dangerous it was.”

The real estate agent, who is now married to Emilia Bechrakis, gushed about his time with Sonja to RumorFix back in 2012.

“I had the pleasure of meeting Sonja at the HRC Gala and really enjoyed her company,” he revealed. “Sonja and I both agree that any meaningful relationship must blossom from a trusting friendship and we are becoming really great friends. Any guy would be lucky to date the beautiful and glamorous Sonja Morgan.”