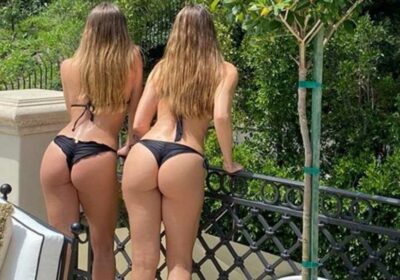 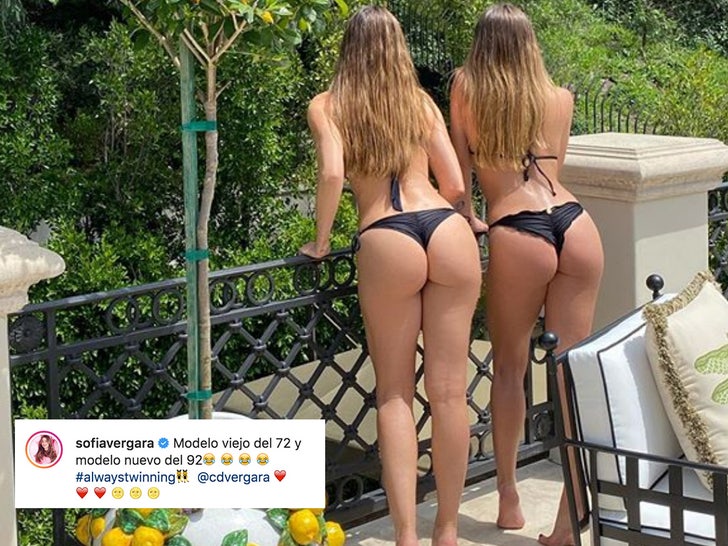 Sofia Vergara‘s got a fun game for folks to play at home during quarantine — it’s a bit of a thirst trap, but with a bootyful twist: whose behind is whose?

The Colombian actress posted a lovely photo this weekend showing herself and her niece, Claudia, rocking two-piece thong bikinis and looking over a balcony at what appears to be Sofia’s home. You can’t see either of their faces — but that wasn’t the point of Sofia’s post. 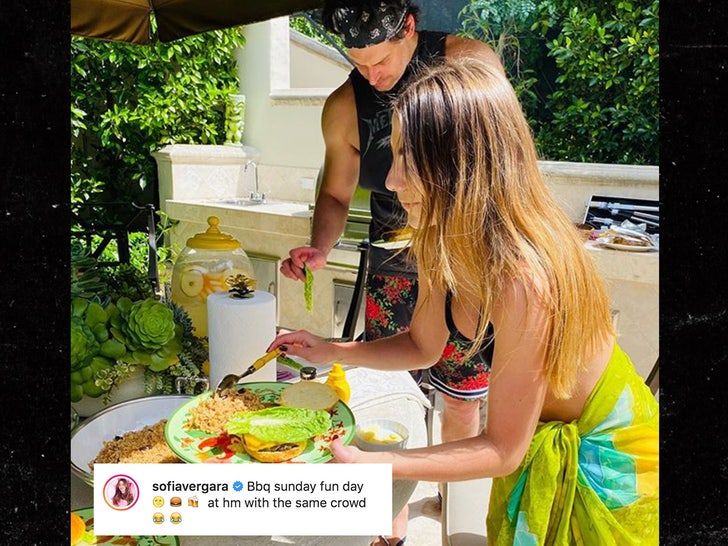 BTW, she also posted a photo of Claudia from the front, bending over to make a burger, with uncle Joe Manganiello beside her working on his own grub. She’s a lookalike from the side as well, but(t) as far as that first photo goes, it’s actually SUPER hard to tell for sure who’s who, no?

Anyway, just for funsies … here’s another look at the same pic in black and white — only now it’s coming from Claudia, who also seems to be in on the same guess-who game.

She writes, “Same same, but different … cual es cual? 😂” Which is which, indeed. We could play this all day!!!