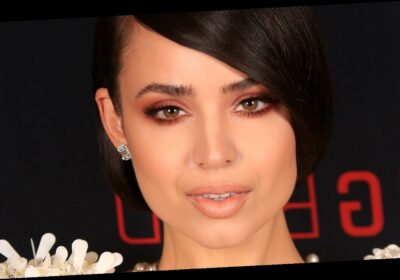 Unless you’re a fan of Disney stars, you may not immediately recognize actress and song-writer Sofia Carson. However, her lack of mainstream work has no bearing on her talent. Per IMDb, Carson got her first big break by guest-starring in Austin & Ally in 2011. Surprisingly, the seemingly small role jump-started her career. Since then, the Florida native starred in other breakthrough roles in films and television shows, including The Perfectionists and Descendants.

After guest-starring in shows and playing supporting characters in films, Carson made her debut in her first film drama, Asbury Park, according to Tribute Movies. The role, along with her other acting experiences, led the rising star to land a lead role in the Netflix film Feel The Beat.

Despite only having a few years in the film industry, Carson is picking up roles left and right, which leaves many fans wondering: how much is the star worth?

Sofia Carson is more than just an actress

According to Celebrity Net Worth, Sofia Carson is worth $6 million. Not so surprising considering all of her many talents. Dubbed a “fashion It girl” by Teen Vogue, Carson has served her fans stylish looks both on and off the red carpet. She’s also released albums, interviewed performers at the Golden Globes, and was named the face of Revlon, per Teen Vogue.

Carson is more than just a pretty face — she’s also an activist. In October 2020, she was appointed as an ambassador for UNICEF, Borgen Magazine reports. When speaking to Teen Vogue, she revealed that she uses her platform and influence to advocate for different rights, specifically education. “It has been the greatest honor of my life to work with [UNICEF] over this last year and to do everything I can to help in their fight to protect the rights of children,” Carson said. “It always goes back to helping and educating young women. When women are educated, societies thrive.”

Whether she’s starring in a drama film or releasing a new single, she’s always using her platform for the greater good — showing her fans that she can (and will) make a difference.