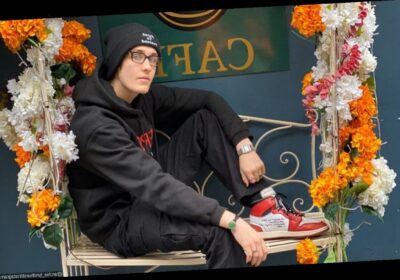 Alongside photos of her as well as actor husband Nicolas Lyndhurst with their late son Archie, Lucy Lyndhurst writes on Instagram that they’re ‘so grateful and privileged to have been chosen to be his parents.’

AceShowbiz -“So Awkward” actor Archie Lyndhurst‘s mother has revealed the cause of death of the 19-year-old star in a heartfelt tribute. In an Instagram post on Friday, January 15, Lucy Lyndhurst shared that he died on September 22, 2020 of a brain hemorrhage caused by a rare cancer.

“Four days before Christmas Nick and I sat in Harley Street with the results of Archie’s second post mortem,” she wrote alongside photos of her as well as husband and “Only Fools and Horses” actor Nicolas Lyndhurst with their late son Archie. “A very detailed document, which we had been warned by the coroner would be a harrowing read, and best explained by a medical practitioner.”

“The Dr explained Archie died from natural causes (something we knew already, only gossips, keyboard warriors,trolls and the ignorant thought differently),” she went on saying.

Lucy continued explaining, “He died from an Intracerebral Haemorrhage caused by Acute Lymphoblastic Lymphoma/Leukaemia. This is not Leukaemia as we know it, the word Acute in medical terms means rapid. He assured us that there wasn’t anything anyone could have done as Archie showed no signs of illness. Archie had numerous bleeds on the brain and the Dr went to great lengths to reassure us that he wouldn’t have been in any pain as it happened in his sleep.”

She recalled that Archie, who passed away just one month before his 20th birthday, celebrated his birthday early with “the love of his life Nethra” as she was “due to go away with work commitments.”

Remembering Archie, Lucy added that her son was “the most extraordinary magical human being we have ever met. We are still learning each day the incredible impact he had on others lives, the kindness and generousity he showed them.” She went on noting, “He was an old soul and incredibly advanced for his years in many ways. As his parents we couldn’t be prouder of him for all he achieved in the short time he was given,and especially for the beautiful human being he was.”

“We are so grateful and privileged to have been chosen to be his parents. The journey and adventure has been the best anyone could ever have wished for. A truly magical time in every way possible,” so she concluded her message.