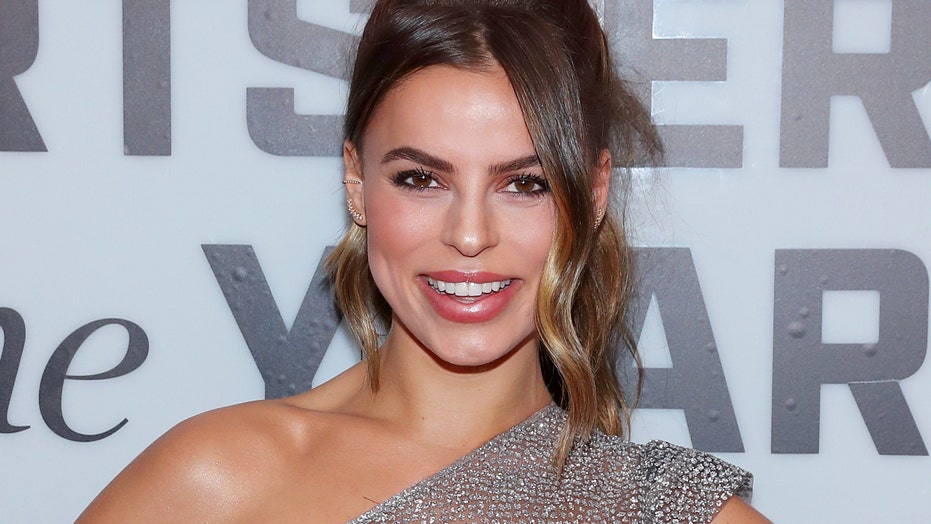 Sports Illustrated Swimsuit model Brooks Nader admitted that appearing in the coveted magazine was far from simple. However, the pinup, who would go on to follow in idol Christie Brinkley’s footsteps, insisted it was all worth it.

“I can’t say that I ignore the haters and it doesn’t hurt my feelings because it does,” the 23-year-old wrote to Fox News. “But what sticks with me more is fans and friends sticking up for me in [the] comments. I feel sorry for people [who] have to put others down. It’s all about lifting people up and supporting each other.”

Nader also shared that she wasn’t expecting her outfit to cause such a sensation on social media. 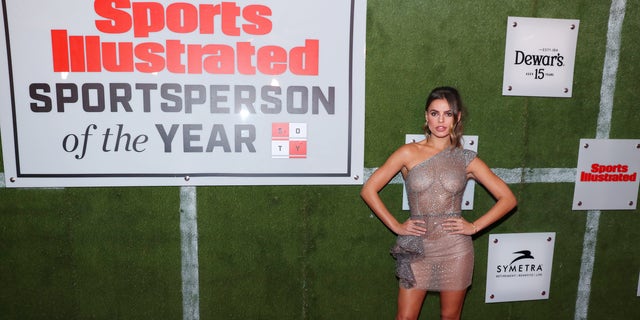 “When I was trying on outfits for my event, I was not going for or expecting the response that I got,” she explained. “I always like to be edgy, fun and take fashion risks at times. I like my attitude to be consistent with my style. It’s important to be authentic and confident when it comes to anything I do in my life. I dress for me — no one else. Fashion is different for everyone and I never judge people’s choices.”

Nader turned heads when she strutted down the red carpet in a bedazzled mesh dress that tightly hugged her curves. She opted for flesh-colored undergarments to complete the risqué look.

"Had so much fun tonight at @sportsillustrated sportsperson of the year party!!" the rookie model told her 330,000 Instagram followers.

While the sheer one-piece garnered hundreds of compliments on Instagram, Nader soon found herself being attacked by commenters — some even claiming she was “asking to be raped” with her choice of outfit. 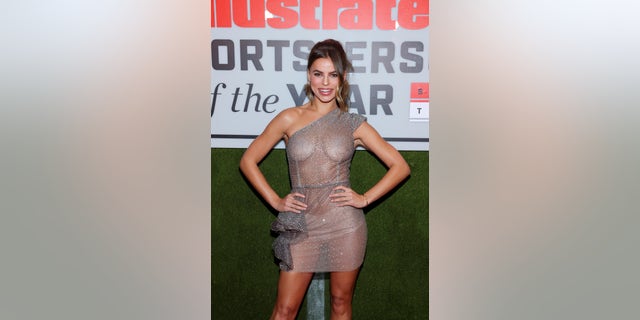 At the time, Nader responded to some of the criticism, writing “I love the hate queen” and “Whatever makes you feel better about yourself.”

Nader added that the dress made her feel “sexy” and found it “empowering.”

The Baton Rouge, La., native's modeling career was launched after she was "hand-picked" during a search by the magazine and officially won the title of its "rookie" of 2020.

Back in May of this year, Nader attended the “SI Swimsuit on Location” event in Miami where she described how her life has changed since appearing in the magazine.

“For me, it’s everything,” Nader revealed at the venue’s red carpet affair. “I’ve always dreamt of it. It’s like a childhood dream of mine. I entered through Model Search, so I did the open call in Miami a year ago and now I’m here. So, the process and the journey for me is everything, because it was a long one.”

Nader insisted she would recommend any girl to take a chance to rock a skimpy swimsuit for the coveted magazine.

Nader also told Sports Illustrated she hopes the opportunity will help her define what it means to be a model in today’s fashion industry.

“Of course I hope to be an SI Swimsuit regular and maybe even venture into the fashion industry more and break the standard of what a ‘runway model’ is known as,” she explained. “After being told many times that I could never do runway, it was so liberating to strut my stuff on the runway in Miami with SI Swimsuit. I hope to be a versatile model who can do both fashion and commercial work.”

“I want to inspire and encourage young women like my three little sisters to embrace and own who they are and go for it all in life,” Nader continued. “SI inspires us and gives us all permission to own our bodies and our personalities and gifts to let them shine before the watching world.”