Making it official. Shawn Mendes talked about his romance with Camila Cabello, admitting for the first time that they are in a “relationship.”

The “In My Blood” singer, 21, was quizzed by a fan backstage after his concert at the Mohegan Sun Arena in Uncasville, Connecticut, on Friday, August 30. 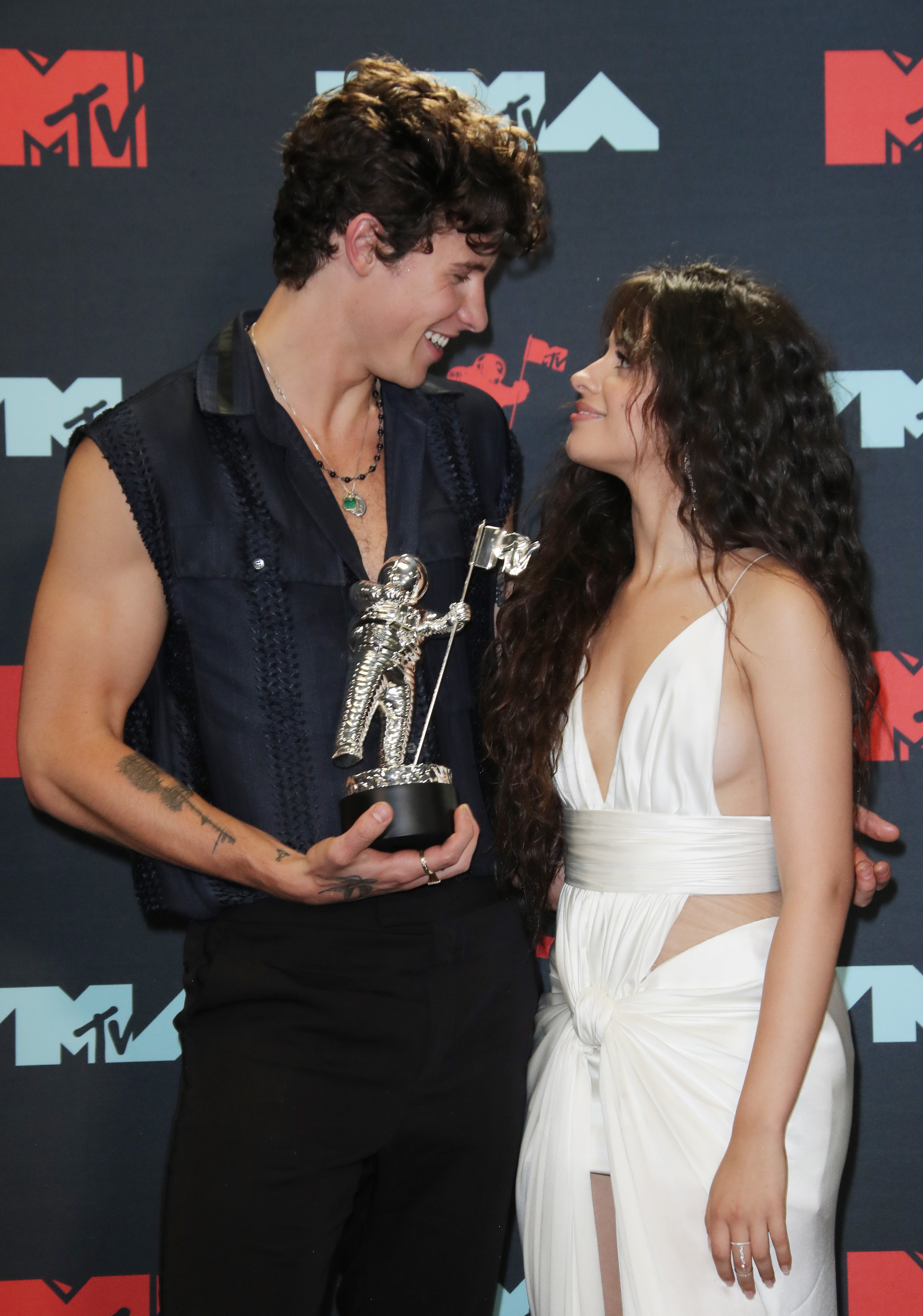 “You’ve said you’ve never been in love,” the fan asked in a video posted on Twitter. “Has that changed recently?”

After the crowd laughed, he replied, “Honestly, I wanna say I wanna talk to you guys about this stuff but it’s not just me in the relationship. There’s another person involved and I can’t say things that I feel. It’s not just me deciding you know?”

While Mendes and the former Fifth Harmony singer, 22, have yet to publicly confirm their relationship, their actions spoke louder than words when they took to the stage together at the 2019 MTV Video Music Awards on Monday, August 26, to perform their hit “Señorita.”

Their chemistry was undeniable as they nearly kissed several times during the sultry number at the Prudential Center in New Jersey, and at the end of the song they held hands as they walked backstage. The pair were also caught cuddling in the audience before returning to the podium to accept the award for Best Collaboration later in the show.

The couple, who first worked together on the 2015 hit “I Know What You Did Last Summer,” sparked romance rumors after releasing the music video for their second collaboration in June.

They were then seen holding hands on the 4th of July, spotted kissing a week later and have been almost inseparable since.

In a video posted by Vogue on Wednesday, August 28, the “Havana” singer hinted at their relationship as she talked about picking out her white Balmain gown for their VMAs performance.

“When [my stylist] showed me the options that she had for the VMAs, this one really stuck out to me because it’s just very romantic, which is kind of where I am in life right now,” she admitted.

An insider told Us before the award show that Mendes and Cabello were “really nervous about nailing their performance.”

They had been rehearsing a lot, the source added, since it was “the official debuting of them as a couple” and they wanted it “to be amazing and perfect.”