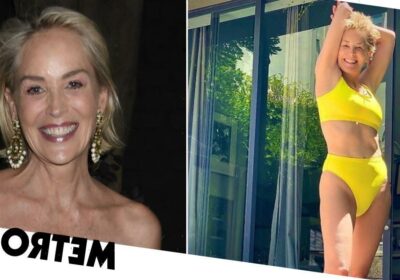 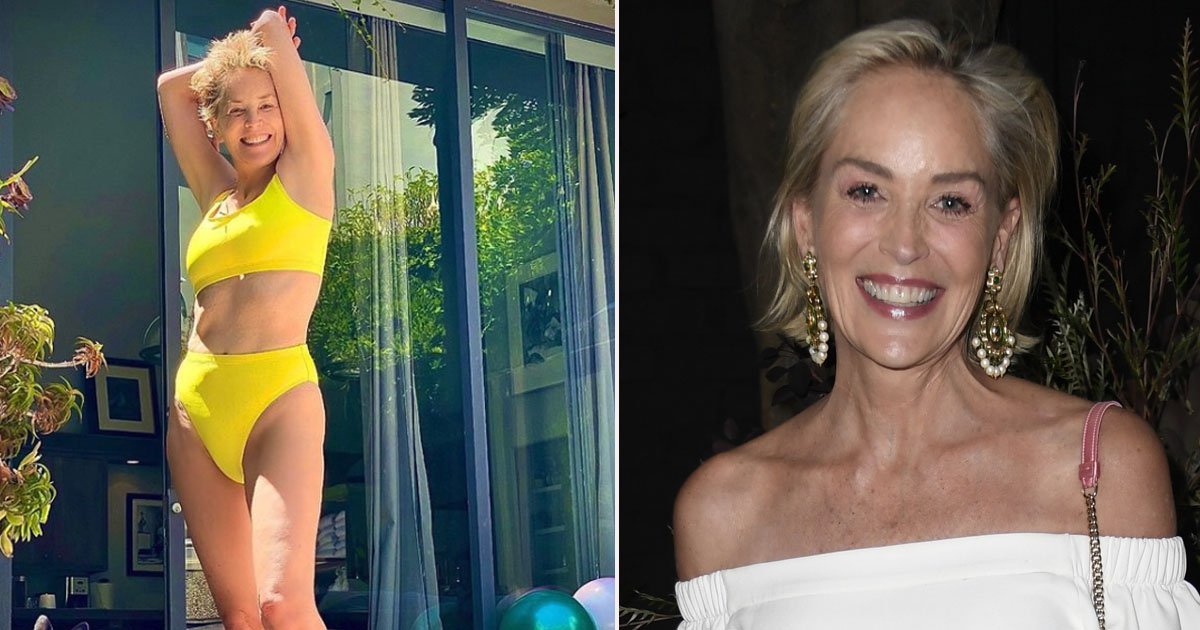 It’s only June, but we’re quite confident in declaring actress Sharon Stone winner of this summer after she shared a smiling, and quite frankly stunning, bikini snap.

Dressed in a bright yellow two-piece, the Basic Instinct star – who was last seen tearing up the small screen in Ryan Murphy’s Netflix drama Ratched, an origin story of the infamous One Flew Over the Cuckoo’s Nest nurse – beamed with joy as she soaked up the sun in her back yard.

The 63-year-old posed with her arms crossed and held behind her head, showing off her flawless make-up free complexion and he trademark cropped blonde hairstyle.

Her dog Bandit could be spied hiding in the shade of the house, but gazed up at his owner as she stood outside.

Her celebrity friends praised her in the comments, with Will and Grace star Leslie Jordan pointing out: ‘Even the dog knows you got IT.’

Four Wedding and a Funeral Star Andie MacDowell made her position clear as she left a fire emoji next to the snap, while Law & Order: Special Victims Unit Mariska Hargitay, who plays legendary detective Olivia Benson, backed up Andie’s post with four fire emojis.

‘You deserve all the Oscars that ever existed,’ wrote Rose McGowan, and that’s not a word of a lie.

Sharon was nominated for best actress at the 1996 Academy Awards for her performance in Casino but ultimately lost out to Susan Sarandon for Dead Man Walking.

She recently caused a bit of a stir in an interview after discussing Meryl Streep’s position in Hollywood, claiming: ‘The business was set up that we should all envy and admire Meryl because only Meryl got to be the good one. And everyone should compete against Meryl.

‘I think Meryl is an amazingly wonderful woman and actress. But in my opinion, quite frankly, there are other actresses equally as talented as Meryl Streep. The whole Meryl Streep iconography is part of what Hollywood does to women.’

As fans rushed to 21-time Oscar nominee Meryl’s defence (she’s won three, most recently in 2012 for playing Margaret Thatcher in The Iron Lady), Sharon took to Twitter to clarify her stance as a Meryl fan.

‘To be clear; Meryl Streep is one of the greatest actors of all times,’ she wrote, ‘Just not to the exclusion of others.’