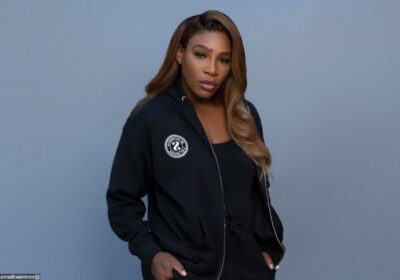 The Tennis ace confirms that she will not take part in the upcoming Olympic Games in Tokyo, Japan, citing ‘a lot of reasons’ behind her decision to skip the event.

AceShowbiz -Tennis ace Serena Williams has confirmed reports she will not compete at the upcoming Tokyo Olympic Games.

The four-time gold medal winner made the announcement at her pre-Wimbledon press conference, insisting if she’s on any Olympic list, she shouldn’t be.

“There’s a lot of reasons that I made my Olympic decision (sic),” she told the media. “I don’t feel like going into them today. Maybe another day. Sorry.”

A month ago, Williams said she wouldn’t travel to Japan if she couldn’t take her young daughter. Current COVID protocols in Japan restrict who can enter the country.

This will be the first Olympics Serena has missed since 2004.

She joins Rafael Nadal and Dominic Thiem among the tennis players who have dropped out of the 2021 Olympic Games, postponed from last year (20) due to the COVID crisis, while Roger Federer and Novak Djokovic have yet to commit.

Meanwhile, Naomi Osaka hinted that she would participate in the sports event.

Earlier this month when she announced decision to pull out of Wimbledon, her representative said, “She will be ready for the Olympics and is excited to play in front of her home fans.”

Naomi also withdrew from French Open and Berlin tournament ahead of the Olympics.

The decision came following drama surrounding her refusal to take part in the press conference after defeating 63rd-ranked Patricia Maria Tig on the first day of the French event.

She cited mental health issues as the reason behind her media snub.