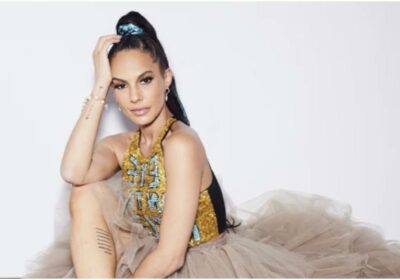 The real estate agent, who has daughter Noah and son Braker with ex-husband and NFL star Ralph Brow, explains that she hopes to go public with her partner ‘one day’ in the future.

AceShowbiz –Amanza Smith has been in a secret relationship for two years. The “[tSelling Sunset]” cast member, who has daughter Noah and son Braker with ex-husband and NFL star Ralph Brown, has been dating an “amazing” mystery man for a while now, but they want to keep things private for the time being.

She told PEOPLE magazine, “I want to make sure that when we go public that we’re so 100% sure that nobody can affect the energy of that. “We came to the decision together very early on that we didn’t want to be posting about our relationship on social media and being in the public. I don’t know, it’s a slippery slope.”

The real estate agent explained that she hopes to go public with her partner, who is also a parent, “one day” in the future. She added, “He is amazing with everything, including my children. He’s just an amazing human. Hopefully, one day I will feel comfortable to share with the world, but for now, I like having him private. It’s really the only thing in my life that people don’t know about fully.”

Amanza noted she wants to make sure that the moment is right, and that it feels authentic when they do eventually take the next step. And while she isn’t ready to reveal everything just yet, the star is loving getting to tease her fans and social media followers about his identity.

She revealed, “I think right now it’s just become more of a fun game to keep it a secret more than anything. People have taken pictures of us when we are out in public. People I know. I just choose not to purposely prance it in front of the media.”