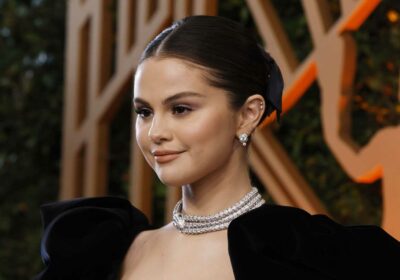 Selena Gomez came ready to make a splash on her first red carpet of 2022. The Only Murders in the Building actress stepped out in a black column gown with a cutout by Oscar de la Renta. She accessorized with a dramatic diamond necklace and ribbon in her hair. 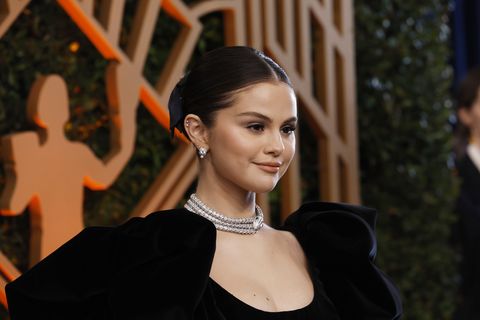 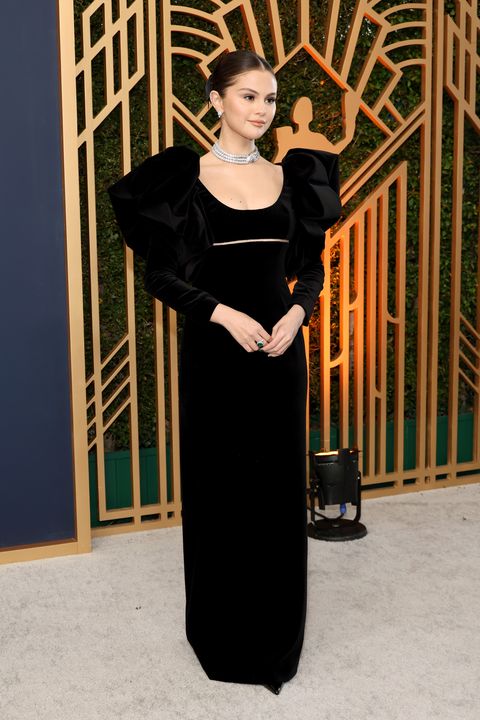 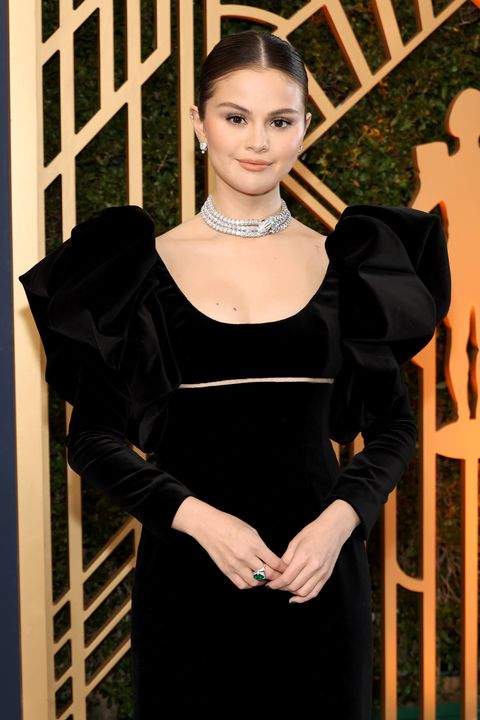 Only Murders in the Building is nominated tonight for Best Ensemble in a Comedy Series. Selena’s co-stars Steve Martin and Martin Short each received nominations for Outstanding Performance by a Male Actor in a Comedy Series, too.

Selena spoke to ELLE about working with them. “I got to be in a space with so much wisdom,” she said. “They became my uncles.” Steve returned the sentiment on behalf of him and Martin: “We ended up feeling very close to Selena.”

Selena, Steve, and Martin are currently filming season 2 of the show in New York City. Only Murders in the Building co-creator John Hoffman teased a little with ELLE.com during a Twitter Spaces in October about what’s in store for Selena’s character Mabel in it.

“I think what’s going to be interesting in season 2—not to tip off too much—but there’s a bit of an expansion to all their stories,” John said. “In New York, it doesn’t take long for an interesting story to take headlines. So there is an expansion happening around everything in their lives and in the podcast. I think there’s something in there that might help us expand the show, maybe beyond the building, in future seasons.”

As for Mabel’s fate after the first season’s finale, John said, “It’s a real question, right? It’s an awful way to say it. It is a real question. They’re all in the hot seat. They’ve all stepped in it, and Mabel is certainly even a bit more in the spotlight. The opportunity that might come from that is what’s intriguing to us as we go into a season two. Mabel’s life is going to get a little bit bigger in season 2.”