Home » Celebrities » Selena Gomez Reveals She’s Thinking About Retiring From Music: I May ‘Give It One Last Try’

Selena Gomez Reveals She’s Thinking About Retiring From Music: I May ‘Give It One Last Try’ 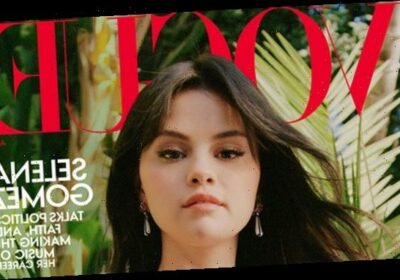 Selena Gomez confessed that she feels like people ‘don’t necessarily’ take her ‘seriously’ while reflecting on her music career in the April 2021 issue of ‘Vogue.’

“It’s hard to keep doing music when people don’t necessarily take you seriously,” Selena Gomez confessed in the April issue of Vogue. In the 28-year-old singer’s interview that was published online on March 9, Selena couldn’t help but express doubts over her music career that can be traced back to the late noughties, when fans were listening to her iconic voice for the very first time in the theme song for the Disney Channel series Wizards Of Waverly Place. Although she’s now a respected chart-topping artist, Selena told the magazine, “I’ve had moments where I’ve been like, ‘What’s the point? Why do I keep doing this?’”

Selena elaborated on why she has been feeling this way. “‘Lose You to Love Me’ I felt was the best song I’ve ever released, and for some people it still wasn’t enough,” the Vogue cover star explained, referring to her breakup ballad that was released in Oct. 2019; many fans presumed that her infamous split from Justin Bieber inspired the song. However, Selena acknowledged the many loyal Selenators who have been raving over the many songs she has been releasing since the late 2000’s: “I think there are a lot of people who enjoy my music, and for that I’m so thankful, for that I keep going.”

Selena is not ready to give up on music, though. “But I think the next time I do an album it’ll be different, she added. “I want to give it one last try before I maybe retire music.” However, Selena couldn’t elaborate on what this meant too much — “I need to be careful,” she said after wincing, according to the interviewer. However, Selena did clarify that she wants to invest more of her time in producing and also hopes to give herself “a real shot at acting.” Selena is currently filming the Hulu series Only Murders in the Building in New York City, which she is also serving as an executive producer on.

In general, Selena wanted a do-over in life. “To be honest, I just want to start over. I want everything to be brand-new. I want someone to love me like I’m brand-new,” Selena confessed to Vogue, after sharing a sad anecdote about the last time she felt people liked her for genuine reasons. This was when Selena was still a teenager filming her Disney series, Wizards of Waverly Place, which launched her to fame after its premiere in 2007.

“[The Wizards of Waverly Place co-stars] were there before any of it,” Selena told the Vogue interviewer. “They loved me for me, and they still do. I can’t say that I have that anymore. I can’t meet someone and know if they like me for me.”

Before launching a solo career in music, she formed a band called Selena Gomez & the Scene in 2008 that eventually disbanded in 2012 (amid this time, she released her first EP called A Cinderella Story for the movie of the same name in 2009, which produced hits like “Tell Me Something I Don’t Know”). Selena then officially kick-started her solo career after dropping her debut solo album, Stars Dance, in 2013. This was followed by 2015’s Revival and most recently, her studio album Rare in Jan. 2020.

More than a year after dropping her last album, Selena has been busy rolling out singles. In Aug. 2020, she teamed up with one of the biggest K-Pop acts in the world, BLACKPINK, and released the sugary pop anthem “Ice Cream.” She then paid homage to her Mexican heritage by releasing three Spanish-language singles — “De Una Vez,” “Baila Conmigo” and “Selfish Love” — in 2021, which will all be part of her first ever Spanish EP titled Revelación that’s set for release on March 12.