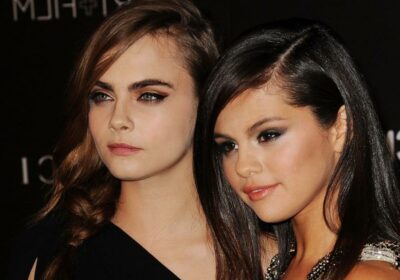 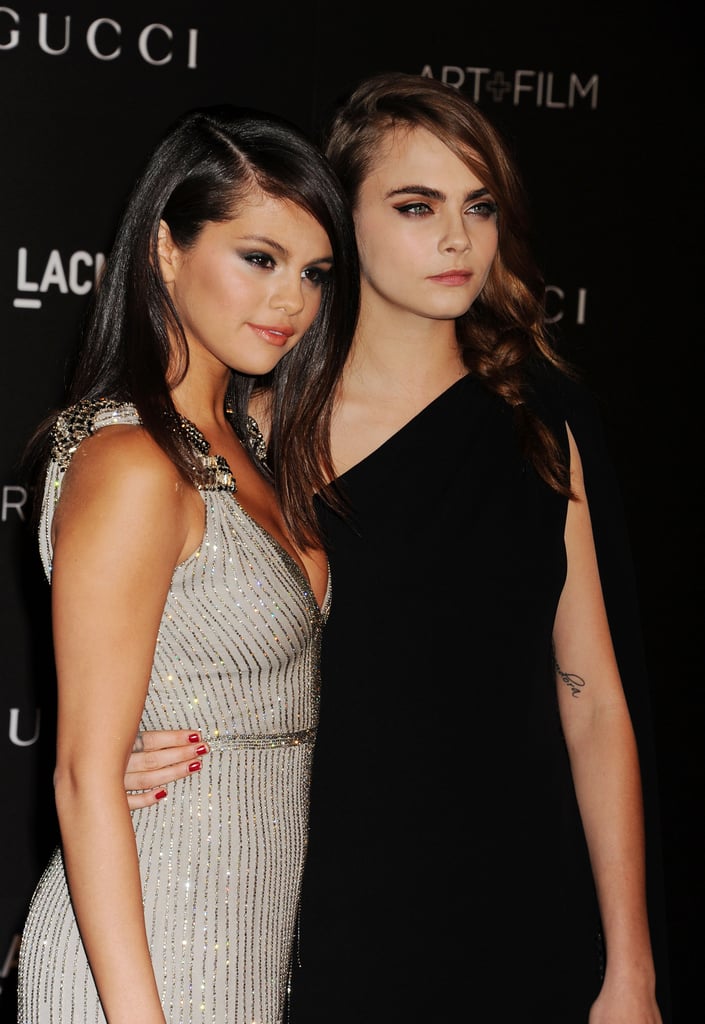 Selena Gomez and Cara Delevingne costar on season two of “Only Murders in the Building,” out on June 28. Delevingne plays Gomez’s love interest on the show, and she reportedly secured the role because of the pair’s long-standing friendship.

“When we started thinking about casting, we thought, ‘Who was interested in the world of art? Who is contemporary in the world of Selena’s?'” showrunner John Hoffman told UK’s Metro on June 22. “And then it was pretty quick to realize this is an old friendship they share, Cara and Selena, and we talked to Selena about it and she said, ‘That would be a dream, I love her.'”

The pair met when Gomez was around 16. They were spotted vacationing together in Saint-Tropez in 2014, and both starred in Taylor Swift’s “Bad Blood” video in 2015. Their friendship has continued over the years. In December 2021, the pair got matching rosebud tattoos. Gomez explained the tattoo in a January 2022 interview on “Live With Kelly and Ryan”, saying, “Me and Cara [Delevingne], one of my best friends that I’ve known for — I was maybe 16 when I met her — she calls me ‘Rosebud.’ So it’s a nickname, and I’ve always wanted a rose. Now I got one, and I love it.”

Ahead, take a look at their cutest friendship moments over the years.