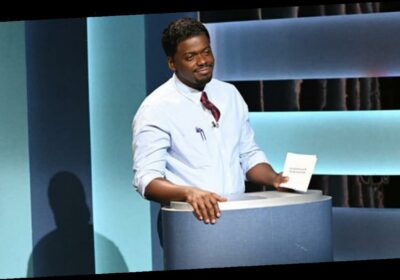 “Saturday Night Live” is catching backlash for a recent sketch about vaccine hesitancy within the Black community.

This week’s episode tapped “Judas and the Black Messiah” actor Daniel Kaluuya as the host, who opened his monologue with a joke about racism in the British royal family. After that, he participated in a sketch that now has some doctors and people within the Black community crying foul.

One family member notes that he’ll start doing it when White people start taking the shot. When he is informed that many people have been given the shot, he paradoxically notes “you can’t trust White people.”

The character’s aunt turns down a dose because she says she read on Facebook that Christians can’t take the vaccine. Meanwhile, another relative reveals that he would do several non-coronavirus-friendly things like large gatherings if he won the prize money, but still refused to take the vaccine despite being extremely high-risk.

As Insider notes, it didn’t take long before some doctors derided the sketch for painting a negative portrayal of the Black community as well as undermining work being done to spread vaccine awareness and availability in communities that the CDC reports have been disproportionately impacted by the pandemic.

“How did this skit even make it on air?” Dr. Uché Blackstock, the founder of Advancing Health Equity, tweeted in response to the sketch. “It’s deeply problematic — making fun of Black folks declining the vaccine, especially without any context — past and ongoing racism within and outside healthcare institutions. You all should know better by now.”

Emergency medicine physician Benjamin Thomas noted that many in the Black community aren’t hesitant, but that the vaccine is not available in their area.

“This s*%t aint funny, @nbcsnl Playing on stereotypes and generalizations is a dangerous game especially when 75,000 Black lives lives have been lost to #COVID19,” he wrote. “Polls show that over 80% of black people want the shot. Vaccine Access >>> Vaccine Hesitancy.”

“This skit is irresponsible as it further perpetuates vaccine disparities as being due to Black Americans being ignorant for a good laugh and portrays black healthcare providers as manipulative,” physician Krys Foster wrote on Twitter. “The more I think about it, the more my stomach turns.”

Medical experts weren’t the only ones upset by the “SNL” sketch, with many viewers taking to Twitter to voice their displeasure with the show’s portrayal of the Black community. 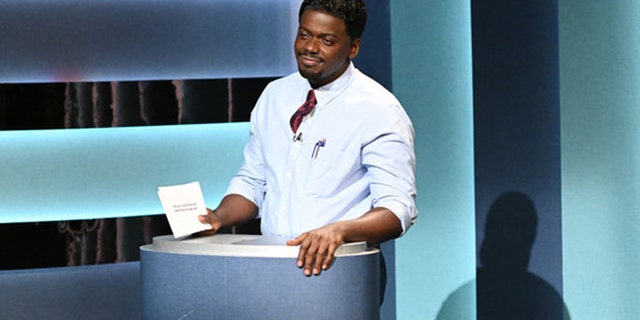 Daniel Kaluuya starred in a ‘Saturday Night Live’ sketch about vaccine hesitency in the Black community.
(Will Heath/NBC)

“Given my own governor pushed the narrative that people in my predominantly Black county just don’t want the vaccine, this was not the best skit to run on a show like SNL,” one viewer wrote.

“There are A LOT of people, not JUST black people, who are skeptical of the vaccine, why was there a need to center only Black people? This could have easily included many other members of the SNL cast too, by doing that the writing, the vibes, everything about it, was racist,” added another person.

“I was angry AF about the SNL sketch because I follow a number of Black physicians who have worked tirelessly to get accurate vaccine information to Black communities. It was a cheap shot, no pun intended,” noted a third person.

“Wealthy White people are coming into Black neighborhoods to get the limited amount of vaccines we have and SNL playing on racist stereotypes…” another wrote.