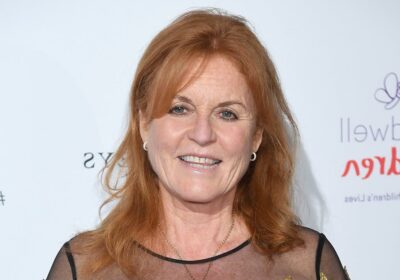 Sarah Ferguson was notably missing from the royal wedding of Prince William and Kate Middleton in 2011, and the Duchess of York wasn’t completely happy with one element of the day – and that was Princess Beatrice‘s statement hat.

LOOK: 14 of the most romantic royal wedding kisses through the years

In an unearthed interview with Australia’s 60 Minutes, Prince Andrew‘s ex-wife admitted that if she would have had a say, she would have ensured her daughter wore a different hat. “I think if I’d been here, maybe I would have made sure that the hat, a couple of days before, was different,” she said.

WATCH: Most expensive royal weddings of all times

She also recalled her daughter “being watched and judged by millions” with the wave of media attention that her extravagant hat garnered.

STORY: 7 royal wedding faux pas you may have missed

Princess Beatrice’s hat got a lot of attention

Beatrice rebelled against her critics though, auctioning off her statement headwear for charity. The piece reached over £81,000 on eBay and the funds were donated to UNICEF and Children in Crisis charities through Beatrice’s Little Bee Initiative.

Sarah made the confession back in 2013, two years after the wedding but the interview has been resurfaced.

The Duchess also spoke out about not making the guestlist to Town and Country magazine. “I didn’t think I was probably worthy to go to their wedding. I took myself to Thailand, actually, to be far away from it so that I could try and heal,” she said.

The Duchess of Cornwall is also a fan of statement hats

While sisters Beatrice and Eugenie are well known for their show-stopping hats, they aren’t the only royals that have worked statement headwear for a royal wedding.

The Duchess of Cornwall pulled out all the stops with a huge fascinator for the wedding of Zara Philips and Mike Tindall. She went big again in 2018 for the nuptials of Prince Harry and Meghan Markle with a breathtaking blush design.