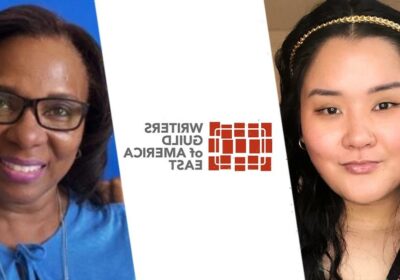 David, a digital editor at Paramount+/Viacom CBS for unscripted series, currently serves on the WGA East Council, the guild’s governing body. McGee, a news writer at WCBS New York City, has served on the guild’s Council and on its Committee for Inclusion and Equity.

This is the guild’s first election since its members voted overwhelmingly in June to amend the WGAE constitution and restructure the guild to ensure a more “balanced representation” among its three work sectors: film/television/streaming, broadcast/cable/streaming news, and online media.

In the only other contested race, six members, all incumbents, have been re-elected to serve on the Council representing the film/TV/streaming sector: Erica Saleh, A.M. Homes, Monica Lee Bellais, Gina Gionfriddo, Tian Jun Gu and Kaitlin Fontana.

Two other candidates, running unopposed to represent the online media sector, also were elected to the Council. They are Susan Rinkunas and Jessica Schulberg.

Election of the guild’s president, secretary-treasurer and vice president representing the film/TV/streaming sector will be held next year.