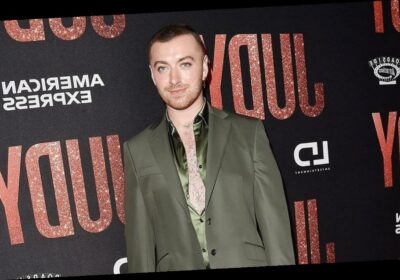 The ‘Stay With Me’ hitmaker has reportedly signed up to Tinder in a bid to find a new boyfriend after the singer/songwriter previously tried out Raya.

AceShowbiz –Sam Smith has reportedly signed up to Tinder in a bid to find love.

According to Britain’s The Sun on Sunday, the “Stay With Me” star hasn’t had much luck on celebrity dating app Raya, so has decided to try out Tinder.

But it’s Sam’s friends who are in charge of his profile and setting them up with potential matches.

“Sam has been single for ages now and pals are keen to find someone. It’s hard enough to meet someone normally, but in the past year, because of the pandemic, Sam’s love life has suffered,” a source told the newspaper. “Friends are hoping they can find a regular person who isn’t bothered about Sam’s star power or anything like that.”

“On Tinder, a lot of people haven’t believed it really is Sam because it’s not every day you see a superstar on there. But all of the matches are being vetted by friends, who are sending ­profiles to Sam in the hope that one of them could be The One.”

Sam has been single since splitting from “13 Reasons Why” actor Brandon Flynn in 2018, and previously said that after coming out as non-binary, they’re not letting gender hold them back when it comes to finding a love match.

“I’ve never really kind of played by the rule book. I love people and whoever I fall for, that’s who I fall for. I don’t know who that’s going to be,” Sam said. “Now I don’t know what gender they will be, to be quite honest, and that’s a freeing thing – to not be limited to one category of person. I just fall in love with whoever I fall in love with.”