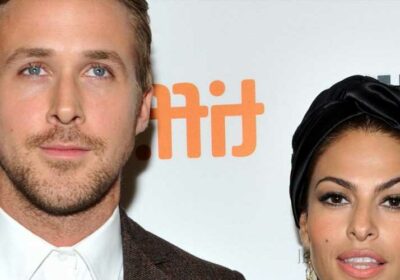 Ryan Gosling is giving us a rare peek at his private family life with Eva Mendes and their two daughters, Esmeralda, 7, and Amada, 5. During a recent interview with British GQ, the 41-year-old actor said that his "kids are growing up so fast I need to keep an eye on the clock in a way I never used to." He continued saying that one challenge he and Mendes faced recently, like many parents, was keeping the kids occupied during the COVID-19 lockdown.

"Our kids were at a difficult age not to be able to see other kids and interact with people, even though Eva and I did our best," he said before joking that Mendes did "more acting in quarantine than in our films. Tougher crowd, though."

But that may be the extent of what they see from their parents' acting careers for the time being. Gosling shared that he's in no rush to show his daughters his movies, and besides, he's still trying to explain to them what it is he does. In a 2018 interview with Jimmy Kimmel, he revealed that his daughters thought he was an astronaut after his movie First Man.

When asked if they understand more now he jokingly referenced his upcoming movie The Gray Man with Chris Evans and Regé-Jean Page. "Yeah. I think they finally figured it out … that my name is actually 'The Gray Man' and I'm an assassin for the CIA."