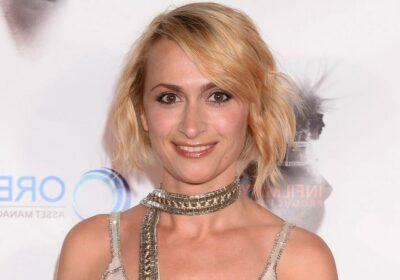 The husband of the late Halyna Hutchins is said to be preparing to file a wrongful death lawsuit in light of the cinematographer’s tragic death on a film set in New Mexico.

Halyna, 42, was killed on the set of Alec Baldwin’s upcoming film Rust when a prop gun the 63 year old actor was holding misfired.

The film’s director Joel Souza was also injured in the ordeal, but survived his injuries.

The firm hired by the widower is Panish Shea Boyle Ravipudi,TMZreports, adding that the lawsuit will be filed on behalf of Matthew, and his and Halyna’s nine year old son, Andros.

The publication also added that there will be multiple defendants. OK! has approached the law firm for comment.

The Santa Fe County District Attorney and Sheriff's Department are still investigating Halyna’s death. While no one has been charged for the accident, they say that this option is still on the table.

Part of their ongoing investigation is looking into how the live round that killed Halyna came to be in the firearm afterit was said to be safe to use.

The film’s armorer Hannah Gutierrez-Reed has since hired her own attorneys who are aiming to prove that someone wanted to sabotage the film.

Lawyer Jason Bowles told Today: "I believe that somebody who would do that would want to sabotage the set, want to prove point, want to say that they’re disgruntled, they’re unhappy.

"And we know that people had walked off the set the day before."

Meanwhile, on Wednesday 3 November, Alec Baldwin, who was producing the film as well as starring in it,shared a crew member’s statement shutting down claims that the film’s set was “unsafe” and “chaotic”.

Terese penned: “These producers who supposedly don't care about their crew have worked tirelessly alongside us. They were some of the most approachable and warm producers I've ever worked with. Concerns were heard and addressed.”

Addressing the film’s armourer, who she branded as not being the “most experienced”, Terese continued: “The misfired were accidental discharges, which are more common than you think. Yes, there is a difference. And the guns were checked immediately afterwards and the discharges were announced on set and apologized for (I was right there).

"We had several safety meetings. Sometimes multiple per day.”

For more celebrity news and exclusives, sign up to our daily newsletter here .