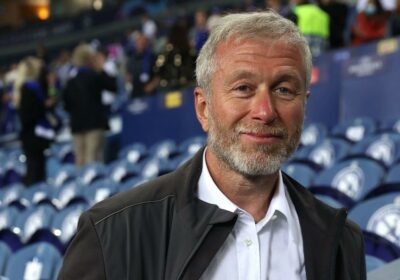 The Russian oligarch who owns Chelsea FC in the English Premier League announced Saturday that he is handing over stewardship of the prestigious soccer team amid Russia’s invasion of Ukraine.

Roman Abramovich, a billionaire and one of the wealthiest Russian-born people in the world, released a statement announcing his decision, days after reports questioned whether he could keep control of the Chelsea squad in the aftermath of unprecedented sanctions aimed at Putin-friendly Russian oligarchs. A member of the British parliament also called on Abramovich to hand over control of the team, ESPN reports.

“During my nearly 20-year ownership of Chelsea FC, I have always viewed my role as a custodian of the Club, whose job it is ensuring that we are as successful as we can be today, as well as build for the future, while also playing a positive role in our communities,” Abramovich said in a statement.

5 Festivals That Ended in Disaster

“I have always taken decisions with the Club’s best interest at heart. I remain committed to these values. That is why I am today giving trustees of Chelsea’s charitable Foundation the stewardship and care of Chelsea FC. I believe that currently they are in the best position to look after the interests of the Club, players, staff, and fans.”

Abramovich — whose daughter posted an anti-Putin statement on social media, Sports Illustrated reported — did not mention Russia’s invasion of Ukraine in his statement.

The Union of European Football Associations previously announced it would move its Champions League final in May from Saint Petersburg to France.

After Russian troops entered Ukraine earlier this week, nations around the world, including the U.S., announced economic sanctions against Russia and its billionaire oligarchs with ties to Putin.

“We’ve cut off Russia’s government from Western financing,” Biden said in address from the White House Tuesday. “It can no longer raise money from the West and can not trade in its new debt on our markets or European markets, either.”