Home » Celebrities » ‘Rude’ Prince Harry summoned by Queen ‘to be put back in is place’ after row, claims book 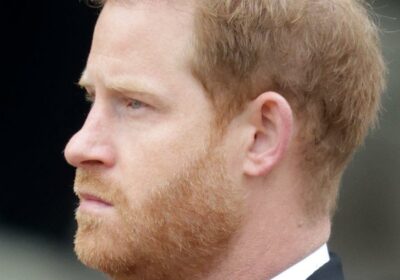 It has been reported in Valentine Low's new book that Prince Harry was "summoned" by Queen Elizabeth II after a row ahead of his wedding to Meghan Markle.

The royal correspondent – who is the author of the new bombshell book Courtiers: The Hidden Power Behind the Crown – writes that the Duke and Duchess of Sussex's wedding was "particularly stressful" with heated discussions over scheduling, announcements and the tiara ahead of their big day.

Writer Valentine claims that mum of two Meghan, 41, had been told that the Queen would lend her tiara for her wedding, with an appointment to meet the late monarch's dresser Angela Kelly so she could look at tiaras for the big day.

After Meghan chose Queen Mary's diamond bandeau tiara for her wedding, she wanted to try it on when her hairdresser Serge Normant was available.

But after Serge wasn't around on that day, Meghan could not get access to try on the tiara. And following the incident, Valentine Low writes that Harry, 38, was feeling "furious" and allegedly thought the Queen's dresser was being "obstructive".

However, it was also claimed that Meghan demanded access to the tiara without making an appointment with Angela Kelly and she was reportedly told she "needed to follow protocol" as these jewels were "kept under very tight lock and key".

Low further wrote that dad of two Harry "put pressure on Kelly to bend the rules" and used "some fairly fruity language" at the time.

His book alleges that Harry told the royal dresser: "What Meghan wants, Meghan gets!"

Angela's said to have reported the incident to the Queen, with the monarch allegedly summoning Harry to a private meeting.

According to the book, Harry was "downright rude" and was "firmly put in his place" by Her Majesty.

This has been backed by Katie Nicholl, as the royal expert wrote in her book that Queen Elizabeth II found the run-up to Harry and Meghan's wedding to be "very difficult".

It was also alleged that the Queen was said to be "very upset" with how her grandson had reportedly treated her.

The new royal book has alleged a number of bombshell claims about Harry and Meghan, including Harry's fears of becoming "irrelevant" and Meghan's alleged breakup threats.

In the book, Low also says that Harry feared he would become "irrelevant" when Prince George – nine year old son of the Prince and Princess of Wales – turns 18.

"He had this thing that he had a shelf life. He was fixated [on] this," it reads. "He would compare himself with his uncle. He would say, 'I have this time to make this impact. Because I can.'

"Until George turns 18, was the way he was thinking about it. ‘Then I will be the also-ran.’ He was genuinely thinking of it as, ‘I have this platform now, for a limited amount of time. I want to move forward, move forward.'"