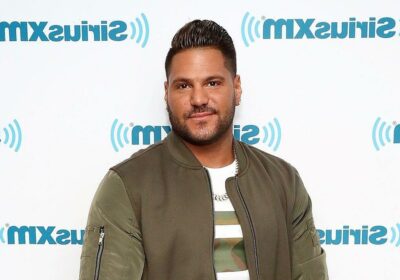 Ronnie Ortiz-Magro has been arrested.

A rep for the Los Angeles Police Department confirms to ET that the Jersey Shore star was arrested in Los Angeles on Thursday, but he has not been booked yet.

In a statement to ET, Ortiz-Magro’s attorneys, Scott E. Leemon, Esq, and Leonard Levine, Esq, said, “We have just learned of the new allegations against Ronnie and need some additional time to further investigate. As such, we will not be making any other statements at this time.”

The Jersey Shore star was previously arrested for alleged domestic violence in October 2019. Ortiz-Magro, who was tased by police during his arrest, was taken to a local hospital before getting booked in a nearby jail. He was later released on $100,000 bail.

Ortiz-Magro avoided being hit with the felony charges over the incident after the Los Angeles District Attorney’s Office deferred the case to the Los Angeles City Attorney a few weeks later.

The L.A. City Attorney revealed to ET at the time that they would be pursuing multiple misdemeanor charges against the reality star including one count of domestic violence, one count of brandishing a weapon or a firearm, one count of child endangerment, one count of resisting arrest and one count of criminal threats.

Court documents obtained by ET at the time also revealed that he also faced a charge of false imprisonment, and an additional count of resisting arrest — one count for each officer whom Ortiz-Magro allegedly resisted. The reality star later pleaded not guilty to the seven misdemeanors in November 2019.

It wasn’t until May 2020 that Ortiz-Magro struck a plea deal with the City Attorney, pleading no contest to one count of domestic battery and one count of resisting arrest. Instead of jail time, he received 36 months of probation, which he is still serving.

In January 2020, amid his tumultuous relationship with on-off girlfriend Jen Harley, he was granted an emergency restraining order against her.