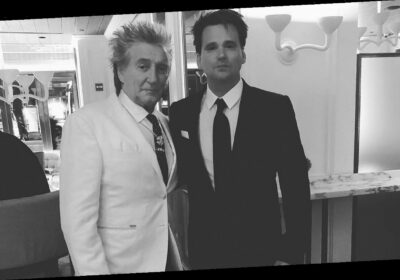 The ‘Maggie May’ hitmaker and his son Sean Stewart have agreed to a plea deal to avoid trial in the battery case stemming from a 2019 New Year’s Eve altercation.

AceShowbiz -Rocker Rod Stewart and his son Sean have agreed to a plea deal to settle their battery case following a 2019 New Year’s Eve brawl in Florida.

The “Maggie May” hitmaker, 76, and 40-year-old Sean Stewart were charged with simple battery after allegedly attacking Jessie Dixon, a member of the security team at The Breakers hotel in Palm Beach, where the Stewarts had been denied access to a private party.

They pleaded not guilty to the misdemeanour counts in early 2020, but were revealed to be working out a settlement during a pre-trial hearing in October.

Now prosecutors and the Stewarts’ attorneys have struck a deal to avoid a trial, although the terms of the agreement have not been released, according to local paper, The Sun-Sentinel.

The father and son duo pleaded not guilty to the misdemeanor counts in January 2020. They were not present in court to enter their not guilty plea and waived their right to be present during future court hearings.

In an online hearing later in October, their defense lawyer told the judge, “We have been in communication with the state. We are asking for one more rollover for pre-trial.” The lawyer added, “All indications are this is going to resolve without a trial but there’s still some work to be done on it.”

Meanwhile, the security guard’s attorney Gawayne Kelly previously indicated his intention to bring a civil case. “We are going to come from a civil point of view. There’s a criminal case which we’re not involved in,” the lawyer said back then.