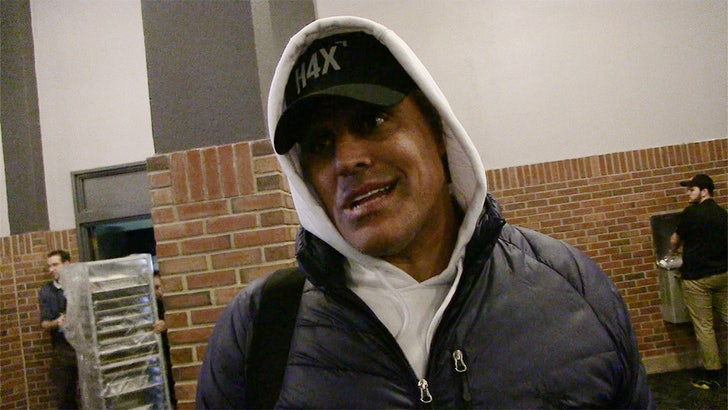 Rick Fox, like so many others, is having a hard time processing the loss of Kobe Bryant.

We got Rick at the NBA Crossover event in Chicago Saturday during NBA All-Star Weekend, and he’s clearly still hurting. You’ll recall his emotional words on TNT a week ago.

Rick makes it clear … Kobe’s death is a blow to so many in a very personal way, but there’s also a global factor — Kobe was a worldwide celebrity and on the precipice of starting a second chapter that could have been as awesome as his first.

Rick shared some memories of Kobe … riding on the team bus with him as Kobe talked about his “otherworldly plans.”

When our photog asks Rick what Kobe would have done over the next 20 or 30 years, you see him get visibly emotional.