Amid their ongoing feud, ‘RHOBH’ star Erika Jayne threw Garcelle Beauvais’ new book in the trash. Now, Garcelle is getting her payback.

A battle of the divas! Season 12 of The Real Housewives of Beverly Hills has not even yet hit our screens, but Garcelle Beauvais and Erika Jayne are continuing to give us all the drama! After Erika’s viral social media video showing her shadily throwing Garcelle’s new memoir in the trash, Garcelle is retailing by comically re-creating the moment with comedian Ross Matthews.

“What is this? Who put this in here?” Ross asked Garcelle in a recent Instagram story as he grabbed a copy of Love Me As I Am from the top of a blue recycling bin. “Garcelle, is this yours?”

“Yeah!” Garcelle replied, before Ross told her in was “in the garbage can!”

“You’re kidding! … That’s rude,” the actress responded, taking the memoir from her pal. “Who would do that?” 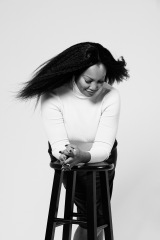 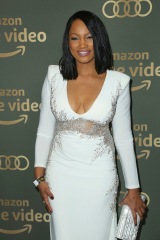 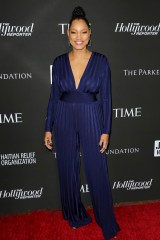 The two housewives have often been at odds, often going head-to-head last year amid Erika’s battle with the law as the “Pretty Mess” singer faced questions from the rest of the cast regarding her estranged husband Tom Girardi‘s fraud and embezzlement lawsuit.

Those tensions seemed to raise yet again last week after the trailer for season 12 of the show was released and fans got a glimpse of the ladies again going at it during the season. The ladies are seemingly fighting over the aforementioned issues in Erika’s personal life as Garcelle even brings up Erika’s drinking, as clips show the “Painkllr” singer intoxicated on several occasions.

“Is that to make Erika look bad, or to be a genuine person?” Erika asks Garcelle, to which the Coming to America actress replied, “Erika, I don’t have to make you look bad. You do that on your own.”

We’ll have to see how this battle of the Beverly Hills beauties plays out! More drama also ensues with other members of the cast, as Lisa Rinna is shown distraught following the death of her mother, Lois. We also get to see how Dorit Kemsley and her husband PK are handling the aftermath of their terrifying home invasion. Fan-favorite Kathy Hilton is also back, but this time, she appears to be feuding with her sister Kyle Richards. Rinna then gets involved in the conversation, telling Kathy she cannot “get away with it.” Kyle then breaks down and questions Kathy about her actions.

We can’t wait to see what goes down with all our diamonds this season!