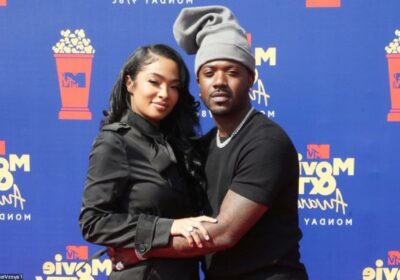 The ‘Love and Hip Hop: Hollywood’ star declares he is ‘separated and single’ on his Instagram bio, more than five months after his wife Princess filed dismissal of her divorce papers.

AceShowbiz – Ray J and Princess Love‘s rollercoaster relationship is seemingly hitting another rock bottom. Just several months after giving their marriage another try, the rapper has just hinted at trouble in paradise.

Ray J sparked the speculation that he may have called it quits with his wife again after he wiped his Instagram account clean. But what raised people’s eyebrows is his bio, in which he declared that he is “separated and single.”

Princess herself has not addressed her relationship status on social media. She consistently makes use of her social media platform to promote her professional endeavors.

Ray J married Princess Love at Los Angeles’ Cathedral of Saint Vibiana in August 2016. Their relationship has been captured on camera for “Love & Hip Hop: Hollywood“. They have two children together, 3-year-old daughter Melody Love and 1-year-old son Epik Ray.

In May 2020, Princess filed for divorce. While Ray J admitted to having second thoughts about the decision in September, his estranged wife said she had no interest in reconciling with him.

However, several months later it was reported that the two were working on saving their marriage. “We’re in a good place right now,” the “One Wish” musician said back in February this year. “We’re in Miami, we’re gonna move down to Miami. I don’t think we’re going back to Los Angeles any time soon. We’ve been taking care of the kids, they love it out here, and it’s given us a different mood and outlook on life. God is good, we’re taking it one day at a time.”

Confirming their reconciliation, Princess filed a dismissal of her divorce papers in March, with the “I Hit It First” spitter signing off on the papers.