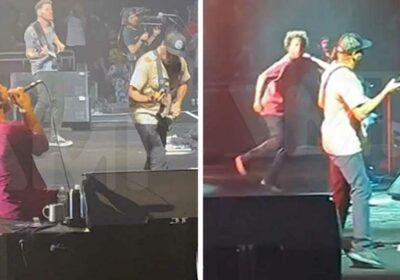 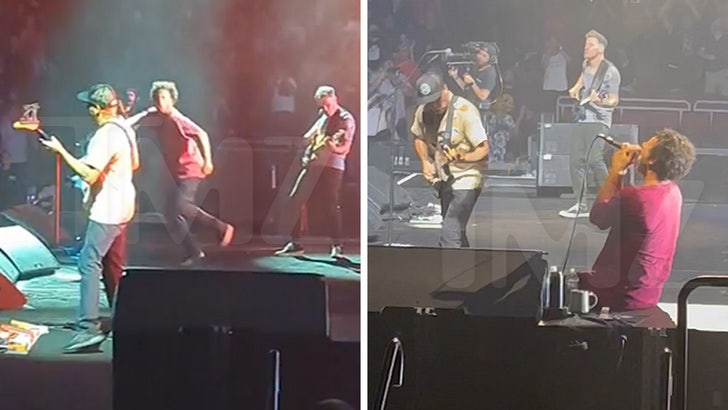 Rage Against the Machine frontman Zack de la Rocha had a twist of fate during his Windy City performance … the guy messed up his leg, forcing him to rock out while grabbin’ a seat.

Zack and his bandmates were 4 songs deep into their set at the United Center in Chicago on Monday night when the singer started hopping on one leg as he ran across the stage during “Bullet in the Head.”

The video, obtained by TMZ, shows Zack trying to shake it off, but instead, he has to grab onto nearby equipment to stay standing … unclear exactly what went down, but a serious ankle injury could be at the root of it.

Clearly, Zack could have used some medical attention, but he had other ideas — the rock star parked himself on top of sound equipment for the rest of the show, belting out song after song.

At one point, crew members appeared with a walking boot for Zack on the side of the stage, but Zack wasn’t having any of it. He just kept on rocking out while poppin’ a squat. 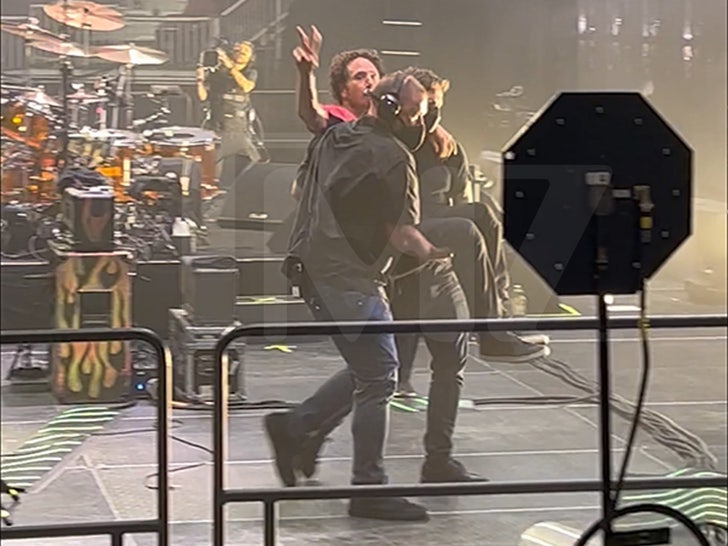 Zack’s band members came over and hugged him an hour later as the show wrapped up, before being carried off stage by stage personnel.

We’ve reached out to the band for an update on his condition … so far, no word back.