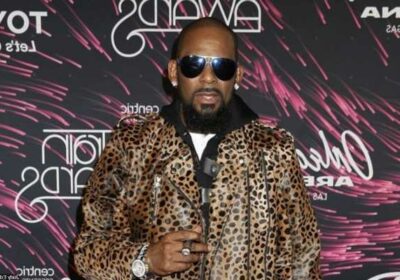 The disgraced ‘I Believe I Can Fly’ hitmaker, who is currently imprisoned in a New York jail, reportedly paid one of the victims ‘after sexual encounters with him.’

AceShowbiz –R. Kelly‘s lawyer has reacted to new allegations against the disgraced star. After the “I Believe I Can Fly” crooner was accused of sexually abusing two teenage boys, Nicole Blank Becker shut down the accusations and insisted that his client is “presumed innocent.”

Nicole offered her two cents in a statement to theJasmineBRAND. “This is nothing more than a veiled effort to pile on to further shape the public’s perception in this case ignoring that Mr. Kelly is presumed innocent until proven otherwise,” the attorney pointed out.

The sexual abuse claims were first brought by prosecutors on Friday, July 23. In federal documents, it was stated that Kelly met the alleged victim, who is identified as John Doe #1, in December 2006 at McDonald’s. He then invited the then-17-year-old to his party at his Chicago home.

However, after the boy went there with his mother and stepfather, Kelly reportedly told him to come again next time without his parents. “Thereafter, Kelly invited John Doe #1 into his studio under the guise of helping and mentoring John Doe #1 with his musical aspirations,” so read the court filing. “Kelly asked the boy what he was willing to do to succeed in the music business and clarified he wanted John Doe #1 to engage in sexual contact with Kelly.”

The filing also claimed that John Doe #1 introduced Kelly to a male friend, who was either 16 or 17 years old at that time, with whom the singer allegedly began a sexual relationship several years later. He even “paid John Doe #2 after sexual encounters with him.”

Kelly has been jailed since 2019. The Grammy Award-winning artist was previously held in a Chicago prison before he got extradited to the Metropolitan Detention Center in Brooklyn in June. He has been hit with charges of sexual exploitation of a child, racketeering, kidnapping and forced labor and bribery.