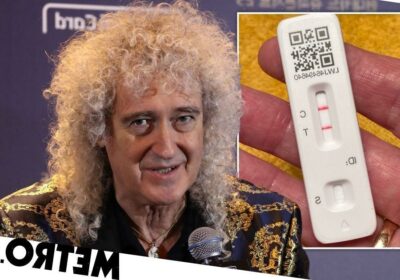 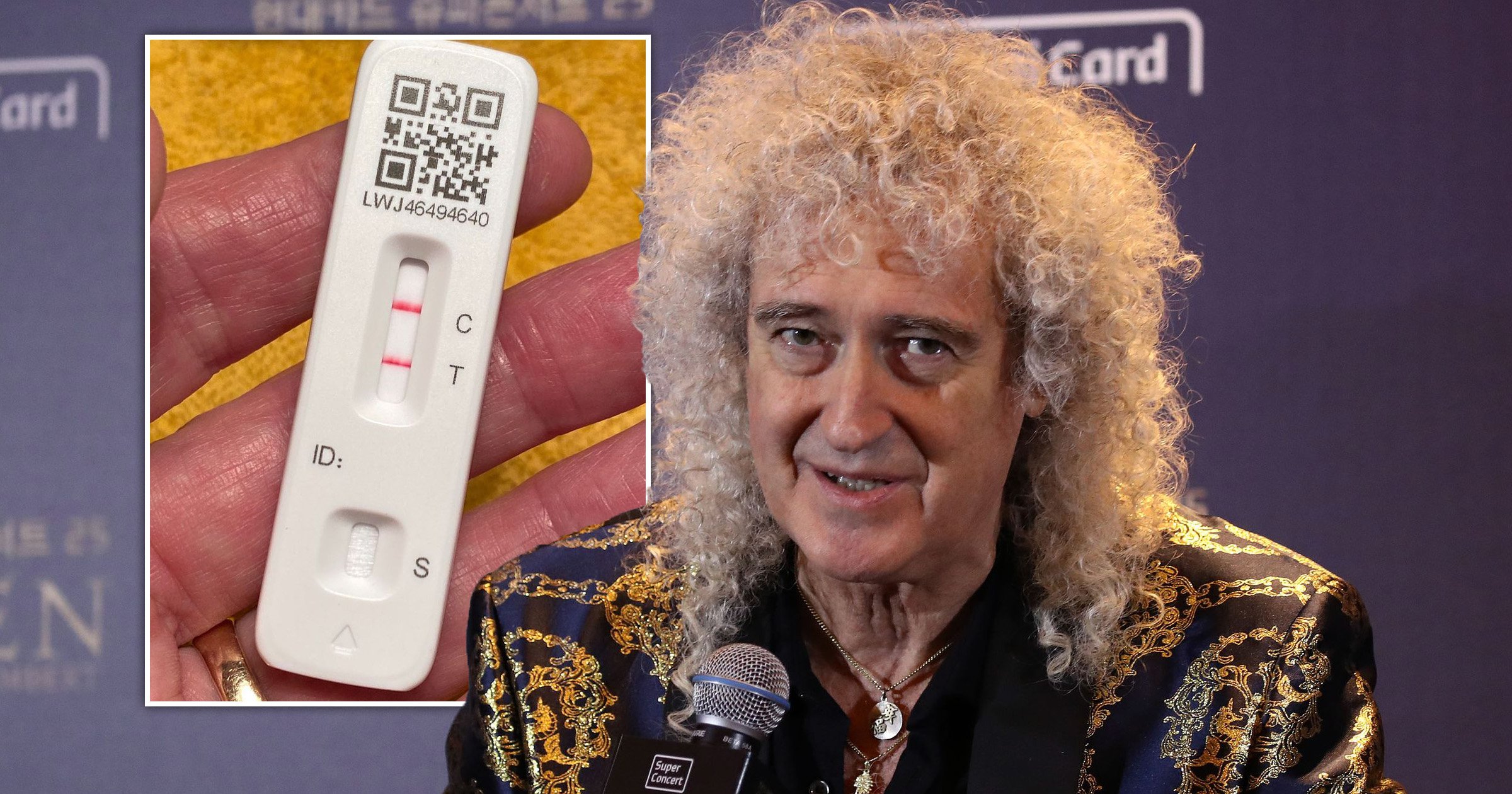 Queen star Brian May has revealed how he likely caught Covid at a party he decided to attend because he thought he would be in a ‘safe bubble’.

The 74-year-old guitarist tested positive for the virus earlier this week and shared the results of his lateral flow test on Instagram, explaining that it left him feeling ‘truly horrible’.

Feeling much better, Brian shared an update with his followers on Sunday morning and detailed the events of the past week.

The We Will Rock You legend revealed that he and his wife Anita Dobson attended a friend’s birthday lunch with a select group of friends after deciding to make the rare venture outside.

He said: ‘We all walk around fearful of what happened if we got this terrible plague, well, it’s kind of ironic for me and we’ve been incredibly careful Anita and myself, really not going anywhere and being hermit like in a way for the past 20 months or so.

‘So it seemed to be set up very safely but of course you kind of know you’re taking a risk and so we all went to the party.’

Brian then quoted Professor Chris Whitty’s advice to ‘decide what your priorities are’ when it comes to socialising over the Christmas period due to the increase of Omicron rates.

The musician continued: ‘We did and in retrospect perhaps we made the wrong decision, we could have seen him another time but that’s history now. It seemed like a safe situation, you have your negative tests, so what could possibly go wrong?

‘We thought we were in a safe bubble so we didn’t wear masks… The new variant seems to be so incredibly transmissible that I’m not even sure that would have been safe, this thing is spreading at such an alarming rate.’

He added: ‘We kept away from everybody… It’s like the worst flu you can imagine. I nearly came on here to show how pathetic I looked.’

Brian went on to recall his and Anita’s symptoms, which included a ‘terrible cough’, headaches and other flu-like symptoms. Eight people at the party tested positive for Covid and it took three days for Brian and Anita’s lateral flow test to show a positive result.

The rocker later criticised those protesting against the Covid jab and wearing masks, stating: ‘I lost one of my best friends to Covid very early on, in six days it killed him. Could have done me in the last six days but it didn’t because I’ve been jabbed.

‘I despair people protesting against the vaccine… Jesus Christ guys, our parents fought through wars and had their civil rights taken away.’