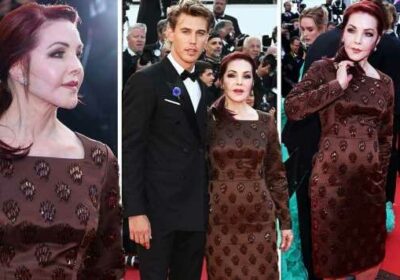 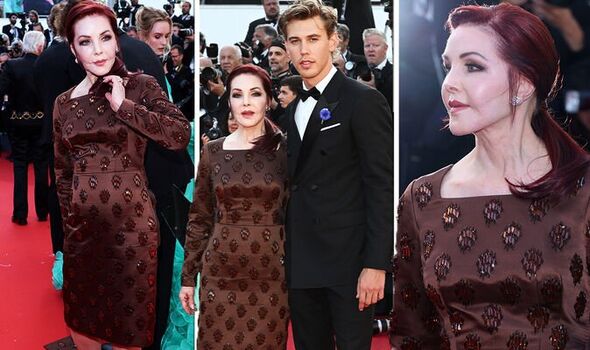 Priscilla Presley was a vision in brown satin

Priscilla Presley was the picture of elegance as she took to the red carpet at the Cannes Film festival for the screening of new film, Elvis. The film is a biographical musical film directed by Baz Luhrmann and has already received Priscilla’s seal of approval.

Priscilla, 77, dazzled at the glitzy event as she donned a chocolate brown satin dress which ended just below her knees.

The smooth fabric perfectly hugged her incredible curves and featured long sleeves and a square neckline.

The garment featured intricate beaded patterns all over which added an element of glam to the gown.

The ex-wife of singer Elvis Presley wore her flame-coloured locks swept away from her face into a ponytail.

She wore a full face of makeup including a glamorous smokey eye and pink lip.

Priscilla smiled and waved for snaps alongside star of the biopic, Austin Butler, 30, who donned a suit and bowtie for the occasion.

Priscilla Presley looked glamorous as she posed for pics

Austin Butler and Priscilla Presley posed expertly for snaps together

Priscilla Presley waved to onlookers at the glitzy event

Priscilla Presley posed with the cast of Elvis