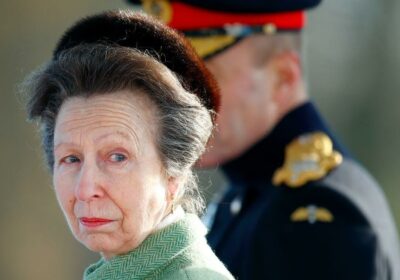 Princess Annehas spoken of her shock after a fire tore through a school she was supposed to be visiting – tragically killing at least 11 people.

ThePrincess Royal, 72, was due to visit the Salama School for the Blind in Uganda on Friday as part of her role as patron for Sense International – an organisation that supports people with deafblindness around the world.

However, on Monday, a blaze tragically ripped through a dormitory at the school while pupils were sleeping, killing at least 11 people – mostly children. It is thought there were at least 27 children asleep inside at the time.

Princess Anne will now instead visit Sense International at its head office in capital city Kampala – where HerRoyalHighness will meet charity representatives and families it supports.

The Princess Royal will also have an opportunity to pay her respects to those affected by the fire.

Ahead of the visit, Princess Anne shared a message that said: “I was shocked to hear the news of the tragic loss of life.

“The work of Sense International across many countries is hugely appreciated, working with such a vulnerable group of children.

“Our thoughts and prayers are with the families and staff.”

The tragedy happened on Monday night at the school in Mukono district’s Luga village in eastern Uganda.

The Uganda Police Force, in an update posted on Twitter, said: “The cause of the fire is currently unknown but so far 11 deaths as a result of the fire have been confirmed while six are in critical conditions and admitted [to hospital].”

Police said an investigation had been launched and more details would be released later.

Internal affairs minister, General Kahinda Otafiire, told AFP news agency that the school had been cordoned off as a crime scene.

He added: “Most of the dead are children at the school and our sympathies go to the parents.

“As government, we shall go to the root cause of the fire and if there are any culprits they will be apprehended and the law will take its course.”

Salama was built in 1999 by the local government and serves children and young adults between the ages of six and 25.

Images of the scene of the fire show a charred building largely still intact, its window frames and doors blackened and a hole in the corrugated roof.