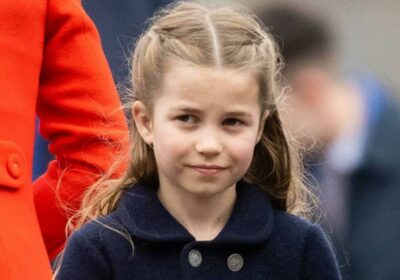 Prince William shared the most adorable video to social media on Sunday, when he and his only daughter, Princess Charlotte, wished the England women’s football team luck in the Euros final ahead of their impressive 2-1 victory.

Royal fans loved the rare address from the young royal and the glimpse at her affectionate relationship with her doting father.

However, the short clip also ignited debate as social media followers pondered who the Princess most resembles!

One commented of Charlotte’s great-grandmother, the Queen: “Aww she looks so much like her granny Liz!!” Another responded: “Her granny is Diana,” to which a third replied: “Oh come on you know what they meant!”

WATCH: Prince William congratulates the Lionesses after their victory

MORE: Prince William reveals the one sport he can’t beat Kate Middleton at

“Charlotte is so beautiful,” commented another, while another agreed: “She’s so beautiful it’s incredible. What an amazing family!!!”

A post shared by Duke and Duchess of Cambridge (@dukeandduchessofcambridge)

The father-daughter duo posted the heartwarming video to social media

Sweetly, the Lionesses’ official social media account posted a blushing emoji as they responded: “Thank you so much!” In the touching tribute, which was posted to Twitter and Instagram, William and Charlotte spoke directly to the camera.

The Duke said: “We both want to wish the Lionesses the best of luck for tonight. “You’ve done amazingly well in the competition and we are rooting for you all the way.”

The little Princess, who was cuddled up to her father, added: “Good luck, I hope you win. Bye.”

The Prince dotes on his daughter

Fans went wild for the heartfelt clip and left messages for the father-daughter duo in the comments. One fan wrote: “Aww what a beautiful, super cute video! I absolutely love it, good luck Lionesses.”

A second added: “Charlotte is the cutest. Come on @Lionesses, you can do it!”

A third wrote: “How adorable! She clearly has her daddy wrapped around her little finger!” A fourth replied: “Aww darling #PrincessCharlotte thank you and lovely to hear from you.”