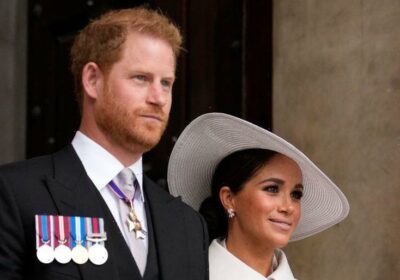 It was another court victory for Prince Harry today, when parts of a Mail on Sunday story he disputed were ruled by a judge as defamatory.

The Duke of Sussex is currently suing the British tabloid’s publisher, Associated Newspapers Limited, for libel after it claimed Harry used his PR team to spin facts about his request for police protection while in the United Kingdom.

The British High Court heard from Harry’s legal team that the tabloid’s February story falsely suggested the prince had “lied” and “cynically” attempted to manipulate public opinion about the matter. But lawyers acting for ANL argued that the piece contained “no hint of impropriety” and was not defamatory.

The original article carried the headline, “Exclusive: How Prince Harry tried to keep his legal fight with the government over police bodyguards a secret… then — just minutes after the story broke — his PR machine tried to put a positive spin on the dispute.”

In his summary, Judge Justice Nicklin ruled that the story did suggest that Harry was responsible for “spinning the facts” and misleading the public into thinking he had been offering to pay for police protection when he had only offered to fund the security arrangements after his legal battle with the British Home Office began. Nicklin did, however, reject claims from Harry’s legal team that the article suggested he “lied.”

The judge also rejected the Mail‘s lawyers’ claims that their article simply focused on statements put out by the Sussexes’ “PR machine” rather than by Harry himself.

“It may be possible to ‘spin’ facts in a way that does not mislead, but the allegation being made in the article was very much that the object was to mislead the public,” Nicklin said.

Today’s result is just the first stage of Harry’s libel battle, which will now move on to hearing any defense from the Mail on Sunday—for which the newspaper would likely have to name its source on the story. Only after further hearings will the court be able to decide whether the prince’s case succeeds or fails.

Before last month’s preliminary hearing, Harry said in a statement that the tabloid’s story had caused him “substantial hurt, embarrassment and distress, which is continuing.”

The duke also has a separate legal case against the Home Office over his current security arrangements for when he and his family are in the U.K. Just yesterday, July 7, a court heard how Harry faced “significant tensions” with Queen Elizabeth’s private secretary, Sir Edward Young, who had been involved in downgrading his security.

Harry’s lawyer, Shaheed Fatima QC, said the duke had not been aware that Young—who was on the Executive Committee for the Protection of Royalty and Public Figures (RAVEC)—played a role in the decision to stop him from having access to appropriate security after he stepped back from his royal role in early 2020.

It was suggested that Young’s involvement, which the royal was unaware of at the time, may have been why Harry’s offer to pay for his own protection “was not conveyed to RAVEC” when first discussing his security measures.