The Duke and Duchess of Cambridge celebrated a decade of marriage on Thursday, April 29, which they commemorated by sharing two new portraits via their Instagram account. “10 years 👰‍♀️🤵‍♂️,” a post on the Kensington Royal account read on Wednesday, April 28, one day before the couple’s major relationship milestone.

The duo wore matching blue ensembles as they sat side-by-side in one photo. The second snap showed the pair smiling and embracing outside of their Kensington Palace home. 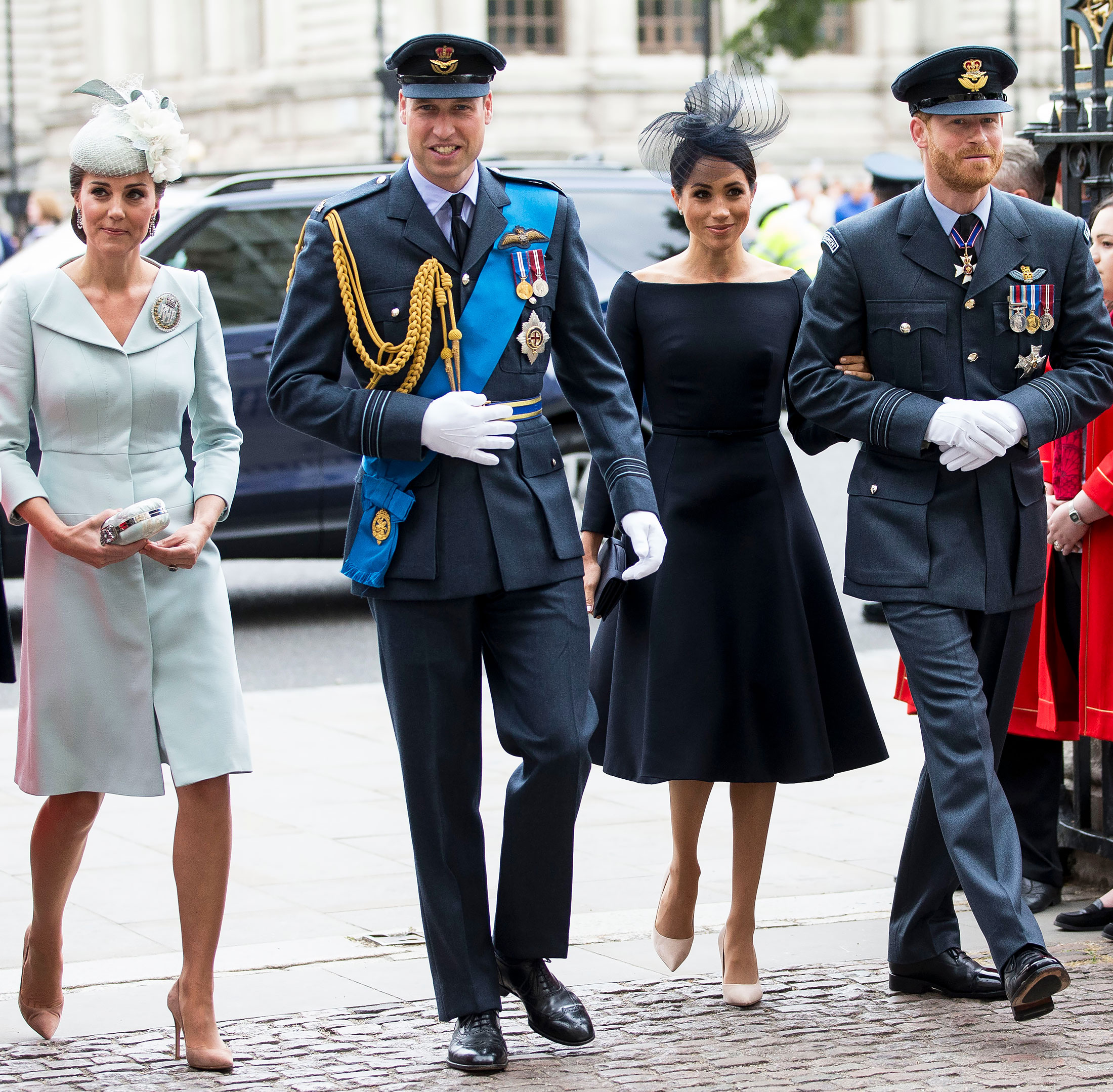 It’s been 10 years since the royals tied the knot at Westminster Abbey, but Kate, 39, has kept in touch with their wedding cake designer, Fiona Cairns. “I [have] spoken to Kate a couple of times and received letters, and yeah, the cake was a success,” Cairns exclusively told Us on Wednesday, adding that she was “very fortunate to be at the wedding that afternoon.”

Following the release of their new portraits, the couple, who share three children, Prince George, Princess Charlotte and Prince Louis, posted a message of thanks to their fans via social media.

The Most Amazing Royal Wedding Dresses Ever

“Thank you to everyone for the kind messages on our wedding anniversary,” they wrote via Instagram on Thursday. “We are enormously grateful for the 10 years of support we have received in our lives as a family. W&C.”

At one point in the clip, the couple locked eyes and embraced while spending time at the beach as a family. They later roasted marshmallows with their children while sitting around a campfire.

Less than two weeks prior to their anniversary, William and Kate were reunited with Harry, 36, and the rest of their family as they mourned the loss of Prince Philip at his April 17 funeral. The Duke of Edinburgh died on April 9 at the age of 99.

The memorial marked the first time the former military pilot had seen his brother and sister-in-law since Harry and Meghan, 39, relocated to California following their step back as senior royals in early 2020.

Royally Rocky: Inside William and Harry’s Relationship Over the Years

William and Harry were spotted chatting and walking together from St George’s Chapel, sparking speculation that their longtime feud was beginning to ease. The pair’s rocky relationship was worsened by Harry and Meghan’s tell-all interview, which aired one month prior.

According to body language expert Elaine Swann, William leaned in toward Harry outside the chapel, which was a “very hopeful [sign] of these two young men.” Swann exclusively told Us at the time that William “did his best to open his body language toward his brother,” which was him saying, “Come on in. Let’s talk, let’s chat.”

Harry for his part, was doing his best to say, “I still love you,” by interacting so closely with his older sibling — and later walking with him and Kate. Us exclusively reported earlier this month that Harry didn’t, however, see William’s kids while in town. He instead returned to the U.S. on April 20, with a source telling Us he “couldn’t wait” to see his pregnant wife and their 23-month-old son, Archie.