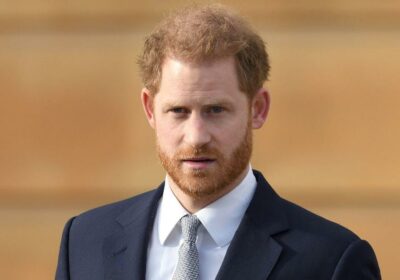 Prince Harry has landed in the UK ahead of the unveiling of a statue of his late mother Princess Diana next week.

Harry arrived at London Heathrow Airport on Friday and will have to isolate for five days ahead of the event next Thursday, 1 July.

It is believed that the Duke of Sussex will carry out his quarantine at Frogmore Cottage.

Details about the statue unveiling have been announced by Kensington Palace, who said it will be a “small event.”

It is taking place on what would have been Diana's 60th birthday.

A statement shared on Twitter by royal author Omid Scobie read: “Prince William and Prince Harry will attend a small event to mark the unveiling of a statue they commissioned of their mother, Diana, Princess of Wales, in the Sunken Garden at Kensington Palace on Thursday 1st July.

"In addition to close family of Diana, Princess of Wales, members of the statue committee, the sculptor Ian Rank-Broadley, and garden designer, Pip Morrison, will also be present.

"Further details about the statue and garden will be provided on the 1st July."

It will be William and Harry’s first meeting since their grandfather Prince Philip’s funeral at Windsor Castle on April 17.

Meghan has stayed at home in California with their baby girl and their son Archie.