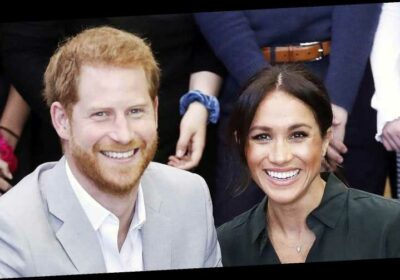 Sometimes, change is a good thing! That is the case for Prince Harry and Meghan Markle, who had a whirlwind year — and are a better couple because of it.

“2020 was a huge game-changer for Harry and Meghan and it came with its ups and downs — the stress of announcing their departure from the royal family, moving three times, dealing with the pandemic, making huge business decisions, setting up Archewell, coming to terms with the miscarriage,” a source tells Us Weekly exclusively. “It’s brought them closer together and made them a stronger couple.”

Prince Harry and Meghan Markle: A Timeline of Their Relationship

The insider adds that the pair, who share 19-month-old son Archie, are “closer than they’ve ever been and feel so lucky to have each other.”

In January, the former actress, 39, and Harry, 36, announced they planned to “step back” from their royal duties and “become financially independent.” Later that month, the family of three moved to Canada, where they lived until making a more permanent move to California in March.

“Meghan’s taking time off to update some of the rooms to suit their style, including their and Archie’s bedrooms, the main living area, the kitchen and the gym,” a source exclusively told Us in August about the couple doing renovations on their home in Montecito. “The outdoor play area will be decked out with swings and slides, a climbing frame and a tea area for Archie and his new little pals. Meghan’s counting the days until Archie can start interacting with children his own age.”

The duo also revealed a devastating loss in 2020. In November, Markle wrote in an op-ed for The New York Times that she had suffered a miscarriage in July.

“We have learned that when people ask how any of us are doing, and when they really listen to the answer, with an open heart and mind, the load of grief often becomes lighter — for all of us,” she wrote in the essay. “In being invited to share our pain, together we take the first steps toward healing.”

She added, “Sitting in a hospital bed, watching my husband’s heart break as he tried to hold the shattered pieces of mine, I realized that the only way to begin to heal is to first ask, ‘Are you OK?’”

At the time, a source shared with Us that she and Harry “supported each other through the agony” and were “trying” to conceive again.

The following month, the couple announced some happy news, launching a podcast with Spotify. “With the challenges of 2020, there has never been a more important time to do so, because when we hear each other, and hear each other’s stories, we are reminded of how interconnected we all are,” they said in a statement. In the first episode, a holiday special, Archie even made his debut, laughing alongside his parents.