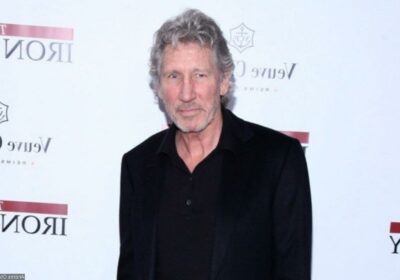 The bass guitarist of the rock band is reportedly introducing a younger ‘blonde-haired, blue-eyed attractive’ woman to his friend as his ‘fiancee’ while dining out in the Hamptons.

AceShowbiz –Roger Waters reportedly got engaged to his mystery girlfriend, six years after parting ways with his fourth wife Laurie Durning. The news spread as the Pink Floyd bass guitarist is said to have referred to his partner as his “fiancee” during a date night.

A source spilled to Page Six that the 77-year-old rocker recently dined out in the Hamptons with his girlfriend. During the night outing, the “Amused to Death” artist introduced his female dining companion to a friend as his “fiancee,” the source told the site. The so-called inside source further explained that his soon-to-be-wife is the same woman who appeared on the red carpet with him at the 2019 Venice film festival for his concert film “Us + Them.”

Offering more details of Roger’s mystery woman, the source shared that the woman is a “blonde-haired, blue-eyed attractive girl.” The insider added that she is “super-normal and very sweet and kind,” before noting, “She’s younger.”

Back in 2015, Roger filed for divorce from his actress wife Laurie after three years of marriage. “Laurie has been telling friends in the Hamptons that they are divorcing. Things haven’t been good for a while,” a source said of the former couple, who lived together for 10 years before tying the knot in 2012.

Roger had a bitter multimillion-dollar court battle with Laurie at the time. While giving her testimony, his ex-wife said to him, “What an a**hole you are,” before mentioning a $35,000 Rolex watch that was in limbo in the breakup while being repaired, “I want my watch. That’s all.”

Before marrying Laurie, Roger exchanged vows with his childhood sweetheart, Judy Trim, in 1969 but they called it quits in 1975. The British rocker then tied the knot with British aristocrat Lady Carolyne Christie, with whom he has two kids, 44-year-old son Harry Waters and 43-year-old daughter India Waters, in 1976, but they split in 1992. He was then married to “Frankie and Johnny” actress Priscilla Phillips from 1993 until 2001. The former couple shares a son named Jack Fletcher.