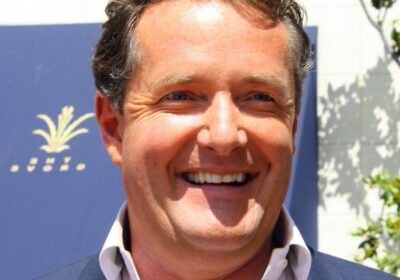 Piers Morgan never shies away from sharing his opinions and stoking drama, for better or worse. Now, a month after storming off the set of Good Morning Britain and eventually resigning amidst his opinions of Meghan Markle’s tell-all interview with Oprah Winfrey, he claims that he had the support of the royal family. Well, at least one or two of them, anyway.

In a long piece written for the Daily Mail in late March 2021, Morgan detailed his exit from the morning show after saying that Meghan and Prince Harry dropped a “nuclear-sized scandal bomb” on the monarchy. He wrote of the experience, “I expected such disingenuous self-serving wrecking-ball stuff from a social-climbing Hollywood actress like Ms. Markle, but for Harry to publicly shred his family and the Monarchy like this, while Prince Philip was seriously ill in hospital, is so out of character for a man who once bravely served his Queen and country in war.”

He also wrote that he felt it was unfair to be branded racist for his opinions. “It appears that questioning Meghan’s fork-tongued ‘truth’ is now a racist hate crime,” he wrote. Morgan also claimed that he had support of “most” of the royal family, but one member stood out above the rest.

PIers Morgan wrote in another Daily Mail column from April 2021 that he has had a hard time since leaving his show and feels like he has been silenced all because he questioned Meghan Markle. He wrote, “Not all Royal duchesses were as thrilled as Meghan ‘Pinocchio’ Markle to see me leave GMB. People have said how much they miss your morning joy and humour,’ texted Sarah, Duchess of York, ‘get back out there!'” He added, “Perhaps we should start a new breakfast show together… ‘Morgy and Fergie in the Morning’, anyone?” He did not address the fact that having a column in the widely read newspaper or even being able to joke about another morning show was proof enough that Meghan Markle and her supporters had not yet canceled or silenced him.

Morgan continues to make the rounds, insisting that he is beloved by the royal family. In another interview with Extra from April 2021, he said, “I’ve had some messages communicated to me on behalf of several members of the royal family,” noting that that they were “upper level people.” But it does seems strange that Fergie would be the one to give Morgan a pat on the back, given previous comments she has made about Meghan.

Sarah 'Fergie' Ferguson has spoken out against bullies before

It seems a little off that it would be Sarah “Fergie” Ferguson to reach out to Piers Morgan based on what we know of her and Meghan Markle’s relationship. In her interview with Oprah Winfrey, Meghan said that it was actually Fergie who taught her to curtsy on the fly before meeting Queen Elizabeth II. And if anyone knows how hard it can be to ingratiate yourself with the royal family — and the British tabloids — it’s Fergie. In 2020, she addressed rumors that Kate Middleton and Meghan were “feuding.” As Fergie wrote in Hello!, “Women, in particular, are constantly pitted against and compared with each other in a way that reminds me of how people tried to portray Diana and me all the time as rivals, which is something neither of us ever really felt.”