Piers Morgan, 54, recently came under fire after he admitted to being less than thrilled by Prince Harry and Meghan Markle’s royal baby news on Twitter. The Good Morning Britain presenter explained he had gotten into trouble with his mother for his “snarky” remarks, but it has not stopped him from hitting out again, this time about the newborn’s name. In view of his six million followers, he replied to a social media user who said they liked the couple’s chosen name for the newest royal: Archie Harrison Mountbatten-Windsor. Taking to the micro-blogging site, the person tweeted: “I like it. They were never going to be traditional.”

Piers wrote: “I like ‘Archie’, but calling him Harrison ‘because he’s Harry’s son’ is just silly.”

Prior to this post, the outspoken ITV star branded the name a “striking blow for diversity and feminism”.

Adding a photo of Meghan alongside her husband Prince Harry and their new baby boy, the journalist fumed: “So the royal couple, in a striking blow for diversity & feminism, have given their son one of the most popular white middle-class first names, Archie, and a second name, Harrison, that was chosen because it stands for ‘Harry’s son’ (I’m serious..). Hilarious.”

Fans rushed to comment on the post, as one person replied: “Their baby, their choice its got nothing to do with anyone else. Lovely photo, lovely couple, beautiful baby wish them nothing but love.”

While a third person added: “My son’s middle name is Harrison as his great grandfather was called Harry. Seems totally reasonable and common in most cultures.” 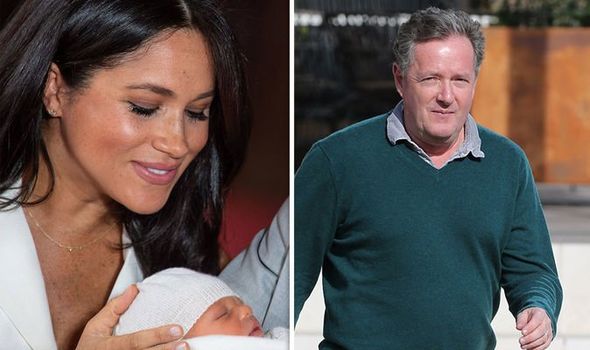 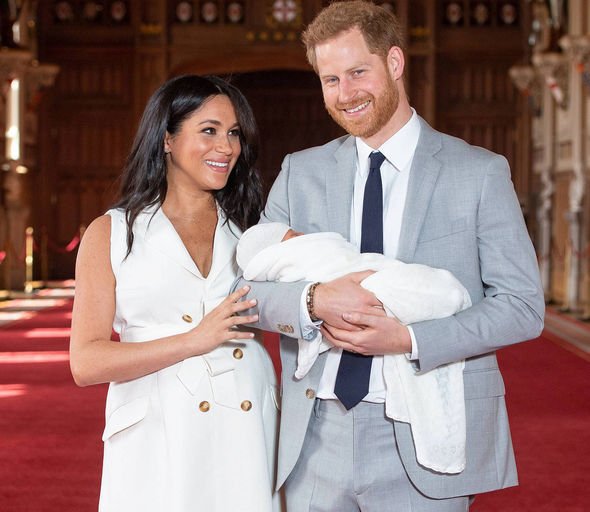 Piers latest tweets come after he posted a sarcastic tweet about the highly-anticpated birth.

“Trying, but currently failing, to muster up a semblance of enthusiasm for this royal baby story before tomorrow’s @GMB,” he penned.

“Hopefully Meghan will announce her son is identifying as a gender-fluid vegan before we go on air,” he added.

But the small-screen star seemingly appeared to backtrack on his previous comments as he wrote in his column for Daily Mail.

Piers revealed he had gotten an “urgent text” from his mother for his remarks. 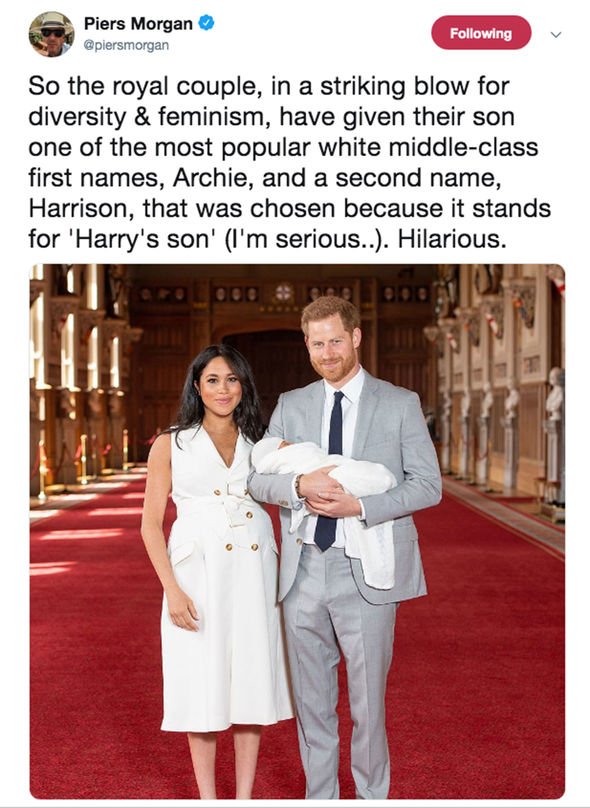 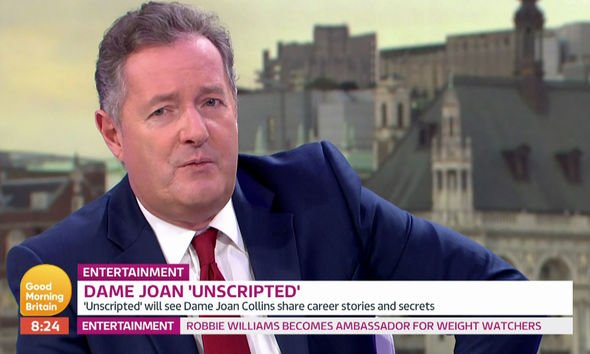 The broadcaster wrote: “I received an urgent text message from my mother – ‘Think back to how you felt when your little lot were born. You don’t want people ruining it.’

“Of course, she was right, as mothers usually are. It was needlessly churlish of me to express such public disinterest in the birth of Meghan and Harry’s son.”

“I may not be a great personal fan of my former friend the Duchess of Sussex, for reasons I’ve discussed too many times now, but the birth of any baby should always be a time for celebration,” he added.

Both Meghan and Harry yesterday debuted the latest royal addition to the world.