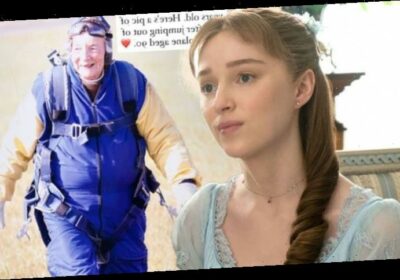 Bridgerton: Anthony advises Daphne on which suitors to avoid

Phoebe Dynevor has announced a death in her family in view of her 1.2 million Instagram followers. The Daphne Bridgerton star lost her beloved great grandmother 10 days ago.

The tragic news comes as Bridgerton fever sweeps the world, following its release on Christmas Day.

Today the 25-year-old revealed what had happened on the picture-sharing app.

She shared an amazing snap of her relative, who was incredibly 101 when she died.

The image saw her great gran moments after jumping out a plane, when she in her 90s. 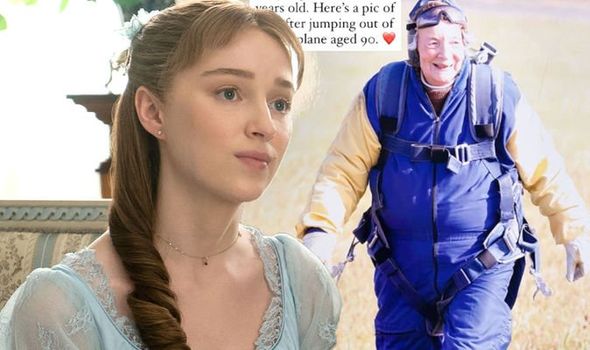 The television favourite added a read heart emoji next to the image, which saw her relative clad in a two-tone jumpsuit.

She didn’t go into further details as to how she died in the sweet, online tribute.

Phoebe is the daughter of Coronation Street legend Sally Dynevor and Tim Dynevor.

Her mum has played Sally Webster in Corrie since 1986.

The soap favourite is yet to speak out on their family’s loss, as it remains unknown which side of Phoebe’s family her gran gran is from.

Phoebe has undoubtedly been on a high professionally, amid the huge success of Bridgerton.

The eight-part series is based on the novels by Julia Quinn, while the show was created by Shonda Rhimes.

The latter is behind some of the small screen’s biggest triumphs, such as Grey’s Anatomy and Scandal.

It follows Daphne Bridgerton and the Duke of Hastings’ (Regé-Jean Page) love story, with the backdrop of the 19th centry.