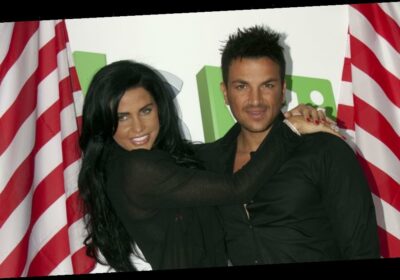 Peter Andre has revealed he had a "mid-life crisis" during his thirties when he was married to Katie Price.

The 47 year old, who recently raged in a hilarious clip after daughter Princess threw a "hot wet teabag" at his face, explained that he's been looking back over his life as he prepares to turn 50 in a few years time.

Speaking to The Sun on Sunday, he confessed: "My mid-life crisis was in my thirties. I wanted all the fast cars, Ferraris and Lamborghinis."

The Mysterious Girl hitmaker went on to explain that by the time he reached his 40s, he felt quite low, but has since perked up.

“I remember feeling really down when I turned 40, but now I’m so much more chilled and I love life," he told the publication, adding: "I’m in a happy place. I want to be in the best shape of my life – 50 is the new 30.”

The pair started a turbulent relationship and tied the knot one year later.

The former glamour model and singer's marriage lasted just four years as they decided to call it quits in 2009.

Peter went on to find love with Emily MacDonagh, 31, who he now shares daughter Amelia, seven, and four year old son Theodore with.

It comes as Peter recently called his former step-son Harvey "the best" as he gave the thumbs up to his ex's BBC documentary Katie Price: Harvey and Me.

The heartbreaking programme laid bare the teenager and his mum's day-to-day battles and let fans in on their unique relationship.

Having watched the teen grow up, Pete has never stopped loving him. He was devoted to Harvey throughout his relationship with the model and clearly he loved the show.

It read: "He’s impressed fans with his rail know-how on his BBC documentary with mum earlier this week. We can’t wait to see what the future holds for Harvey!

"What did you think of the documentary?"

Peter told everyone what he thought, writing in the comments: "He's the best" alongside two heart emojis.