Pete Davidson Speaks Out About Getting Bullied After Ariana Relationship Pete Davidson is breaking his silence. The comedian shared a lengthy message to fans about bullying after his split from former fiancée Ariana Grande.

“I’ve kept my mouth shut. Never mentioned any names, never said a word about anyone or anything,” the 25-year-old began on Monday, December 3, via Instagram. “I’m trying to understand how when something happens to a guy the whole entire world just trashes him without any facts or frame of reference. Especially in today’s climate where everybody loves to be offended and upset it truly is mind boggling.”

Us Weekly broke the news in June that Grande, 25, and Davidson were engaged after weeks of dating. Four months later, Us confirmed in October that the duo called off their engagement.

The pop star referenced their split in her recent single, “Thank U, Next,” and included a mention to Davidson in the video for the song, released on Friday, November 30. “sry I dipped,” Grande wrote on the Saturday Night Live star’s page in her Burn Book. (She paid homage to romantic comedies, including Mean Girls, in the video.) “I love u always. HUUUUUUGE.” 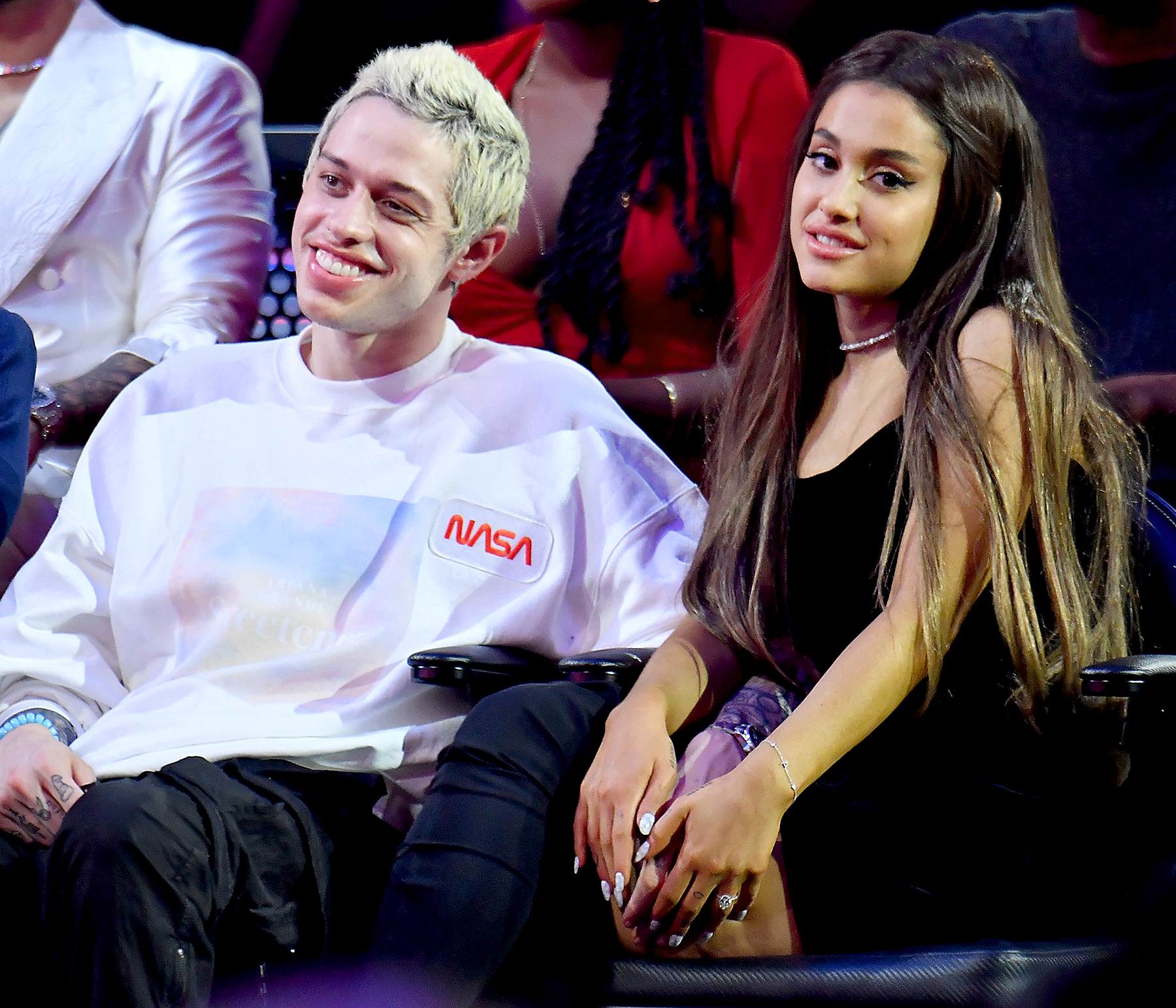 “I’ve been getting online bullied and in public by people for 9 months,” Davidson, who previously revealed he was diagnosed with borderline personality disorder, wrote on Monday. “I’ve spoken about BPD and being suicidal publicly in the hopes that it will help bring awareness and help kids like myself who don’t want to be on this earth. I just want you guys to know. No matter how hard the internet or anyone tries to make me kill myself. I won’t.”

He concluded: “I’m upset I even have to say this. To all those holding me down and seeing this for what it is — I see you and I love you. Pete.”

Grande, meanwhile, made headlines on Sunday, December 2, for tweeting that “true love doesn’t exist” after her split from Davidson.

“remember when I was a hopeless romantic lmfaoooOO,” she added in a second tweet, before deleting the cryptic messages. The singer later clarified: “True love might exist i was just hungry … but still, f–k that.”