Pete Davidson posted a worrisome note on Instagram following his praise for Kanye West and disgust over comments made by ex-fiancée Ariana Grande.

“i really don’t want to be on this earth anymore,” the 25-year-old Saturday Night Live star posted on Instagram on Saturday, December 15. “i’m doing my best to stay here for you but i actually don’t know how much longer i can last. all i’ve ever tried to do was help people. just remember i told you so.” 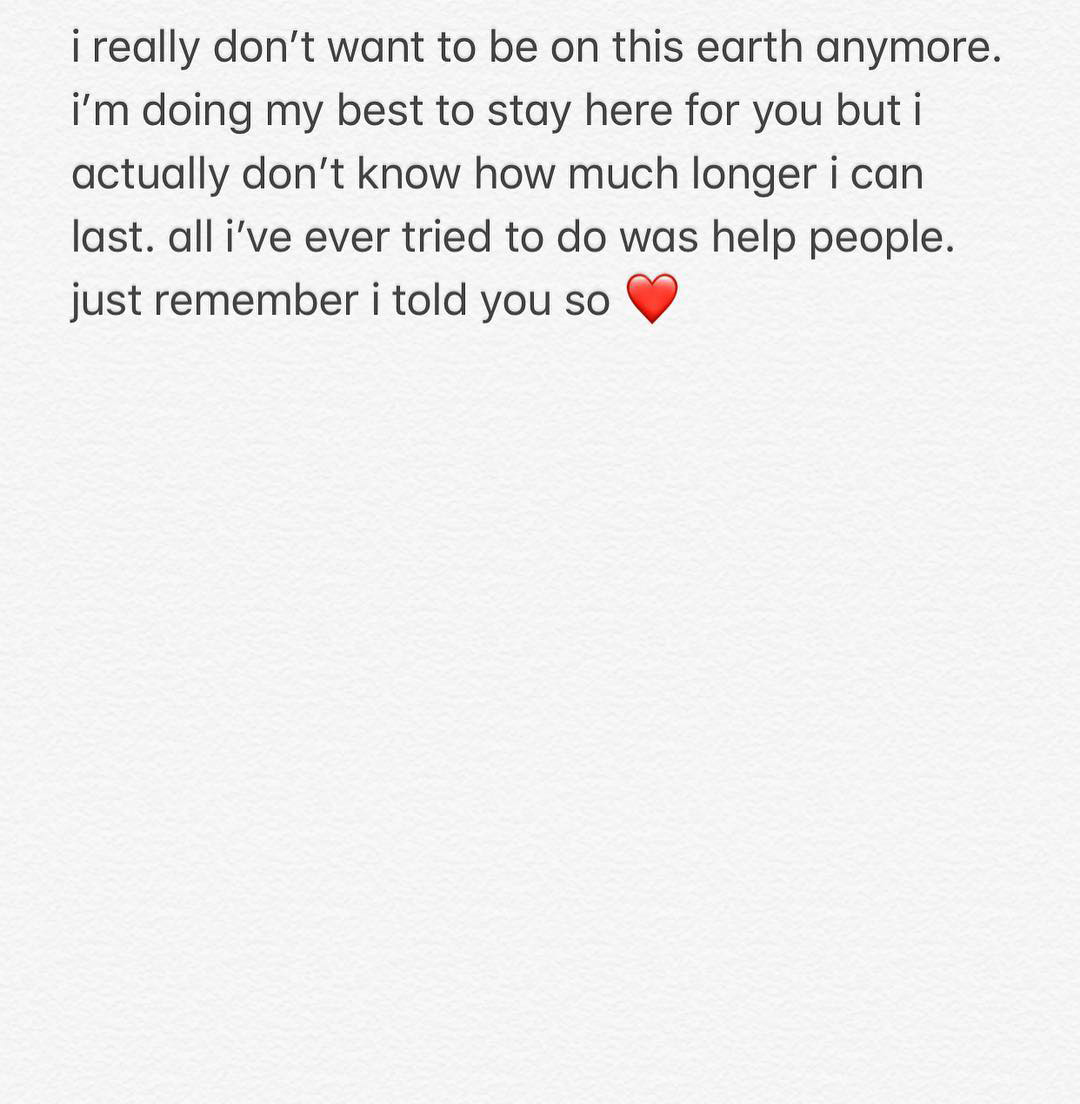 This social media post — which has since been deleted, along with Davidson’s entire Instagram account — came minutes after the comedian applauded West, 41, for clapping back at the “Thank U, Next” singer, 25. “Bravo Kanye West for standing up for yourself and speaking out against mental health. I can’t explain to you enough how difficult and scary it is to be honest about stuff like this.”

“We need people like Kanye,” added Davidson, who has been open about his issues with borderline personality disorder. “No one should ever point fingers at you for your bravery in speaking about mental health. I’m seriously disgusted.”

West had previously called out Grande for tweeting about his feud with Drake, writing, “All of this foolishness weighed on my mental health so @ArianaGrande you know I got love for you but until you’re ready to really make sure everyone’s ok don’t use me or this moment to promote a song,” in reference to the singer’s tweets from Thursday, December 13, in which she called on the rappers to stop feuding as she and Miley Cyrus had new music dropping.

Grande quickly apologized for her remarks, tweeting, “with all due respect, i don’t need to use anyone to promote anything. period. i was making a comment ab what men were doing at the time vs. women.”

“it was a joke which i understand now was probably insensitive,” she continued. “i apologize if i was in any way triggering and hope u feel well today.”

Us Weekly broke the news in June that Grande and Davidson were engaged after weeks of dating. Four months later, Us confirmed in October that the duo called off their engagement.