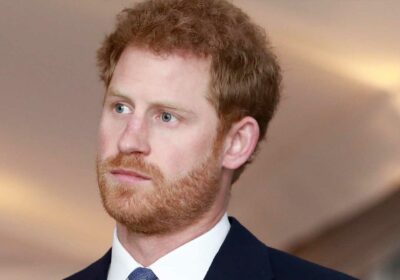 Prince Harry is fresh off a super candid interview with the Armchair Expert podcast, where he opened up about his relationship with his father, Prince Charles. And um he did not hold back, saying a “cycle” of “genetic pain and suffering” was passed onto him.

I mean, makes sense! But Harry also spoke about Prince Charles specifically, saying, “I never saw it, I never knew about it, and then suddenly I started to piece it together and go ‘OK, so this is where he went to school, this is what happened, I know this about his life, I also know that is connected to his parents so that means he’s treated me the way he was treated, so how can I change that for my own kids.'”

While Charles hasn’t responded to Harry’s interview and likely won’t thanks to the royals unspoken policy of “never complain, never explain,” Buckingham Palace insiders don’t seem thrilled. A source tells royal reporter Rebecca English that “They [the Sussexes] appear to be making careers of talking about their previous ones. It is not helpful.'” A source also saltily added, “nothing ever appears to be their own fault.”

I mean…Harry was on a podcast talking about mental health and this was an honest part of his personal story. Just sayin’!

You love all the deets on royal news. So do we! Let’s overanalyze them together.