Home » Oprah Winfrey was ‘surprised’ at how much Meghan, Harry divulged in bombshell interview

Oprah Winfrey was ‘surprised’ at how much Meghan, Harry divulged in bombshell interview 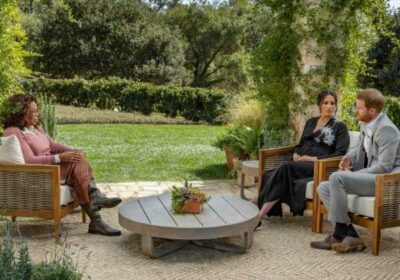 Oprah Winfrey’s memorable interview with Prince Harry and Duchess Meghan was full of bombshells, so much so that their candor stunned even the TV icon.

“I was surprised,” Winfrey told journalist Nancy O’Dell, saying it impressed her how “forthcoming” the two were.

“What? You’re going there? You’re going all the way there,” she recalled thinking, adding she “had no idea that it would have the reverberating impact that it has had and continues to have.”

Over the course of the interview, Harry and the former Meghan Markle shared several shocking anecdotes regarding the reason they decided to step away as senior members of the British royal family, including Meghan feeling suicidal and not getting the help she felt was necessary from the palace, and someone (not the queen or the late Prince Philip, Harry later clarified) expressing concern about what color Harry and Meghan’s son’s skin might be. 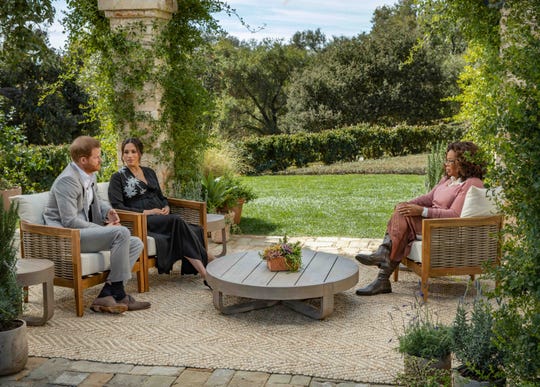 Prince Harry and Duchess Meghan of Sussex sat down with Oprah Winfrey in the backyard of their California home for a two-hour interview airing March 7 on CBS. (Photo: Joe Pugliese/Harpo Productions)

Harry also opened up about his father, Prince Charles, refusing to take his calls, and said he and brother Prince William had a “spaced” relationship at the moment.

Buckingham Palace responded two days after the interview aired, in a statement on behalf of Queen Elizabeth II, saying the couple’s accusations of racism and lack of support were taken “very seriously” and would be addressed by the royal family “privately.”

“The whole family is saddened to learn the full extent of how challenging the last few years have been for Harry and Meghan. The issues raised, particularly that of race, are concerning,” the statement read. “While some recollections may vary, they are taken very seriously and will be addressed by the family privately. Harry, Meghan and Archie will always be much loved family members.”

Winfrey said she didn’t speak in-person to Harry or Meghan prior to the interview, but she did text them about their own intentions.

“Our shared intention was the truth,” she said. “They wanted to be able to tell their story and tell it in such a way that allowed them to be as truthful as possible.”

A lot of “time and effort and energy” was put into making sure no details from the more than 3-hour interview were leaked prior to it airing March 7, she added.

“It was really important to me that what we put out there in the world was put out into the world at the time that everybody could see it and that things didn’t leak and things weren’t misconstrued before the actual interview happened,” she said. “I stood up and said to the crew, ‘We all know what was said here and how important it is to have a trust to the people who just shared that so I’m hoping you all will not go out into the world and share what has happened here.’ And nobody did.”

If you or someone you know may be struggling with suicidal thoughts, you can call the U.S. National Suicide Prevention Lifeline at 800-273-TALK (8255) any time day or night, or chat online.