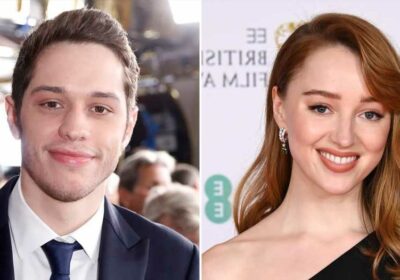 Making it official! Phoebe Dynevor and Pete Davidson made their romance debut with an adorable date at Wimbledon.

Pete Davidson and Phoebe Dynevor: A Timeline of Their Romance

The duo were seen enjoying their time at the tennis tournament on Saturday, July 3. Davidson, 27, held an umbrella over them as they made their way to the event. Dynevor, 26, and the Saturday Night Live star packed on the PDA when they cuddled during the game, and Davidson later kissed the Bridgerton actress on the forehead, as seen in photos obtained by Just Jared.

The pair first sparked romance rumors after being spotted hanging out in the U.K. in March. Us Weekly confirmed that they were officially dating the following month. 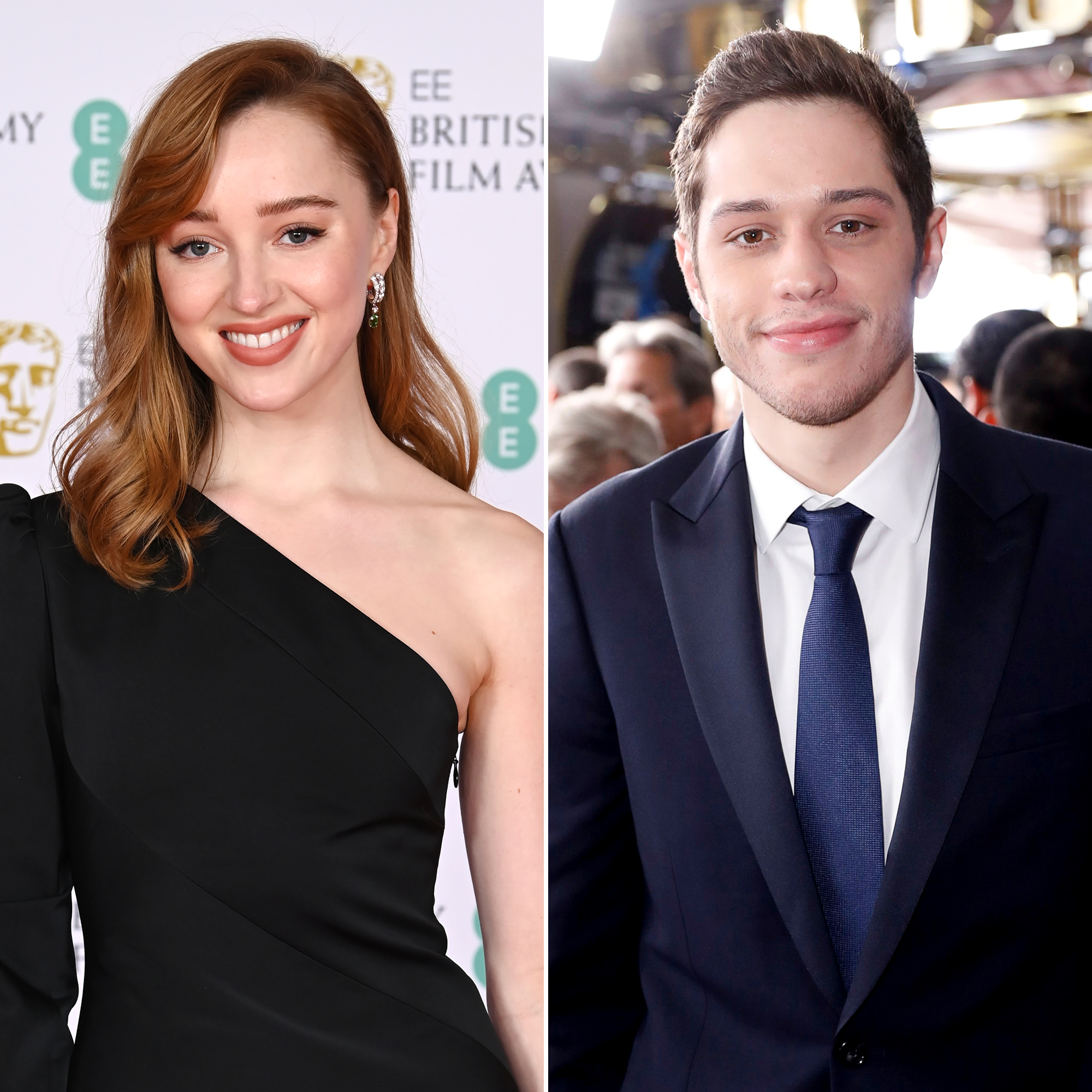 “Pete and Phoebe are still going strong despite not being able to physically spend time together,” a source revealed to Us in April while Dynevor was filming her Netflix hit series. “They keep in touch over text and FaceTime. Right now, they’re just focused on work. … They’re not looking to rush things.”

The insider added that Davidson’s sense of humor won Dynevor over. “They’re happy with each other. He makes her laugh. Pete is a good guy and definitely a charmer. He’s easy-going and fun to be around.”

Since then, the comedian and the actress have given slight hints about their new connection.

Davidson made headlines when he mentioned being with his “celebrity crush” during an April Zoom call where he was asked if he was interested in anyone.

That same month, the pair showed off matching initial necklaces during separate interviews. During an appearance on The Tonight Show Starring Jimmy Fallon, Davidson wore a “PD” interlocked necklace. Dynevor had the same piece during a Q&A interview on YouTube at the time.

The new couple were later seen grocery shopping and strolling through the U.K countryside, as they wrapped their arms around one another. Davidson and Dynevor seemed to really enjoy each other’s company as they smiled at one another in photos of their outing from April.

The Waterloo Road actress has previously dated recruitment executive Simon Merrill and Skins alum Sean Teale. She also sparked romance rumors with her Bridgerton costar Regé-Jean Page, but she denied that they were together at the time.

“I’d love to say there was really something between us, but no, it has always been strictly professional,” she told You magazine in February.

The King of Staten Island actor, for his part, was previously engaged to Ariana Grande from June to October 2018. Following their split, he dated Kate Beckinsale, Margaret Qualley and Kaia Gerber.

Davidson opened up about what he has learned in his previous relationships when it comes to being the “best” version of himself.

“I’m just very, very honest,” he said during an interview on “The Breakfast Club” in May. “I think what a lot of people do is they try to put on — not even their best self — but almost a version of themself that they would like to be. And eventually, that will unravel, you know?”

The New York native explained that he isn’t into “playing any of the games” when it comes to his dating life.

“Off the top, I’m like, ‘Hey, I’m nuts. Here’s all my issues. Here’s what I do. Here’s the therapists. This is what happens,’” Davidson added at the time. “And that can either be a lot for someone … or they could be like, ‘Cool, that was really refreshingly honest.’ Or sometimes it can be a little intense and weird and people can handle that stuff.”