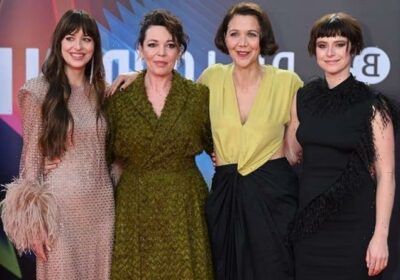 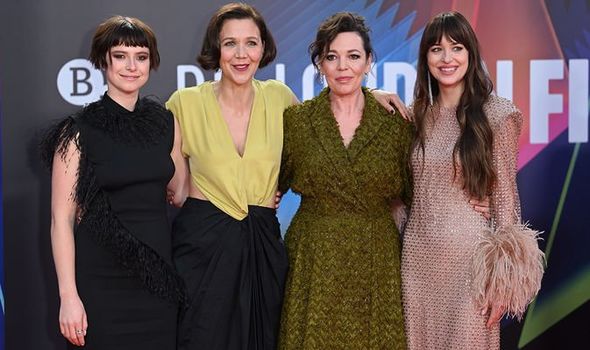 The film and TV juggernaut cut an elegant figure on the red carpet in a long dark woolly green dress with a houndstooth print and long sleeves. It also meant the star of The Crown was happy to pose for pictures with fans rather than dashing inside to the warmth.

The actress paired the dress with diamond-embellished black heels and completed her look with silver earrings.

Olivia, 47, was at the Royal Festival Hall on London’s South Bank for the UK premiere of her new movie The Lost Daughter.

Her fellow cast members Ruth Wilson, 39, and Dakota Johnson, 32, joined her for the event.

While Ruth caught the eye in a blue off-the-shoulder jacket and matching trousers, Dakota opted for a champagne dress with fabulous feathered cuffs.

US star Dakota has recently been spotted in the UK with her boyfriend, Coldplay frontman Chris Martin, 44.

The Lost Daughter, psychological drama written and directed by The Dark Knight star Gyllenhaal, is based on the novel of the same name by Elena Ferrante and also stars Paul Mescal, Peter Sarsgaard and Ed Harris.