La La Anthony took to Instagram to share a cute makeup session she had with her ‘new makeup artist’, North West, who excitingly put blush and lipstick on her.

La La Anthony, 39, put her trust in Kim Kardashian‘s oldest daughter, North West, 7, on Nov. 27 when the young talent did her makeup! The television personality shared videos from the glam moment to her Instagram story and it proved she and the young talent have a close bond that has lasted for years. In one clip, North can be seen putting what appears to be blush on La La’s cheeks with a brush as she sits in a chair and in another, she’s applying lipstick.

North enthusiastically says, “Cheese!” as she smiles to the camera while applying the blush and La La follows suit while laughing and saying, “My new makeup artist, North West, the great.” During the lipstick application, La La went on to ask North if she thinks “the eyes are a little too heavy.” The confident tot replied, “No” before continuing on with the lips.

“It looks good like that?” La La asks before North assures her “yes”, it indeed looks good, and then tells her to “go like this” while smacking her lips together. La la also captured an adorable photo of her and North posing together when the makeup session was over and captioned it with, “North did a great job!!” 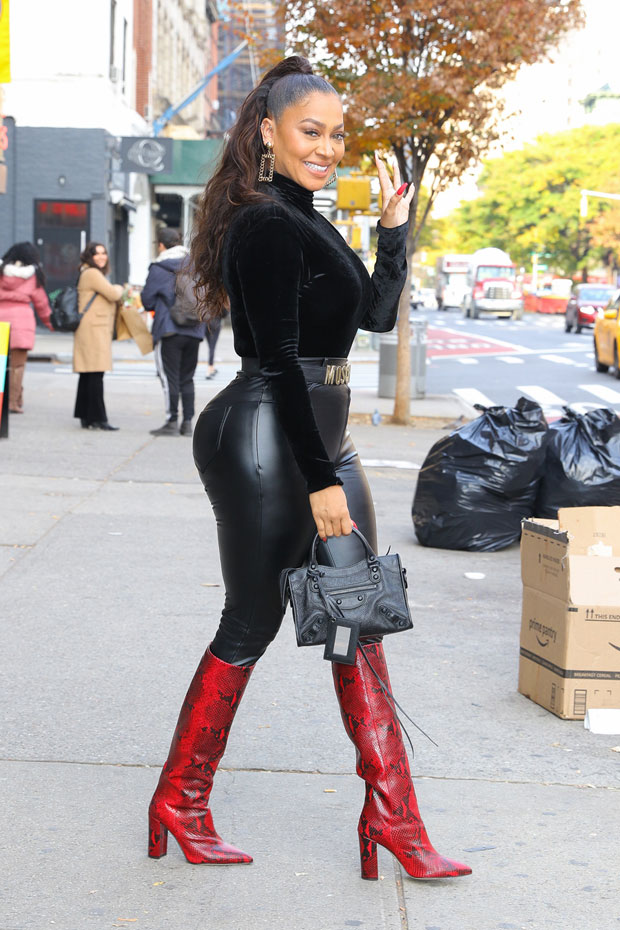 There’s no doubt that North probably learned her makeup-applying skills from her gorgeous mama, who is known for often rocking stunning beauty looks. The Keeping Up with the Kardashians star has also showed off pics of North rocking her own makeup in the past and even though she received criticism from some people for it, the mother and daughter duo seem to have fun with cosmetics whenever they’re in the mood for it.

North has also observed her mom doing makeup, which most likely helps her to learn how to apply it herself. She made a cameo in Kim’s April 9th Instagram clip, in which the brunette beauty was sharing an at-home beauty routine with her followers. Although she was just asking her mom about an exercise routine she was getting ready to take part in during her appearance in the video, it’s clear to see that North is close enough to Kim to learn all her skills. Perhaps she will launch her own collection with the KKW Beauty brand when she’s older!