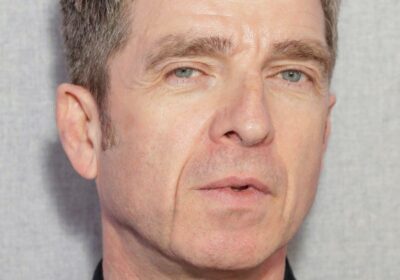 Noel Gallagher has hit out at Prince Harry for "shooting his f***ing mouth off" and said he feels brother Prince William's pain.

The Oasis legend, who was partially blamed for the rise of coronavirus cases last year by Emily Andrea, opened up on the Royal feud as he discussed his grand return to the spotlight with his solo project High Flying Birds.

The 54 year old has been in an ongoing row with his own brother Liam, 48, since the band split 10 years ago and Noel seemingly sympathised with Prince William as he called his brother's actions "unnecessary".

"Prince William. I feel that f***ing lad’s pain," he told The Sun Online. “He’s got a f***ing younger brother shooting his f***ing mouth off with s*** that is just so unnecessary."

Noel added that he likens himself to 38 year old Prince William as he understands the position he's in. He said: "I’d like to think I was always the William.”

The singer went on to speak on the obsession the world seems to have over Prince Harry, 36, Meghan Markle, 39, and their feud with the rest of the Royal family.

He continued: “It’s funny though, doing promo for this, it’s funny how they obsess about it around the world.

“I did a week here of Australian promo down the phone and Zoom and all that and they were like, ‘So Noel Gallagher, f***ing ten years of High Flying Birds! It’s been amazing! And f***ing Oasis!

“But Prince Harry is coming across like a typical f***ing woke snowflake, f***ing a***hole. Just don’t be f***ing dissing your family because there’s no need for it.”

Noel then appeared to hit out at Harry's wife as he added: “This is what happens when you get involved with Americans. As simple as that.”

Prince Harry has been very vocal about his experience within the family and has taken part in multiple interviews to share his story with the public.

In the past few months, he's spoken out on the Late Late Show with James Corden, he's answered questions in a bombshell interview with Oprah Winfrey and he's come out with his very own mental health TV series with Oprah.

Prince Harry heartbreakingly said his "life was a nightmare" and accused the Royal family of "total neglect" as he opened up about his mental health struggles following the death of his mother Princess Diana.

He said on The Me You Can't See series: "Every single ask, request, warning, whatever it is, to stop just got met with total silence or total neglect.

"We spent four years trying to make it work. We did everything that we possibly could to stay there and carry on doing the role and doing the job."