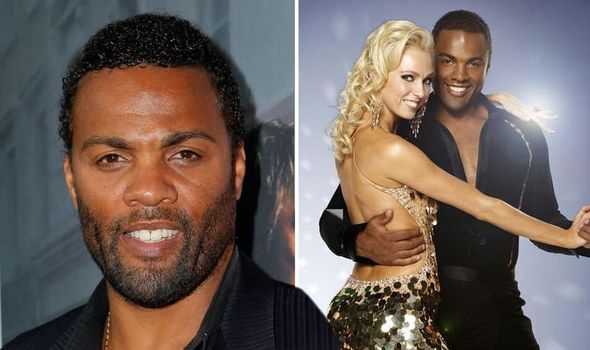 Ray Fearon competed on Strictly Come Dancing in the 2006 series with Camilla Dallerup following his stint on Coronation Street. Ahead of his new project titled The Piccadilly Art Takeover, he dished out his advice to this year’s contestants.

The actor urged the contestants to most importantly “enjoy” their time on the show, but reminded them that there was no “retake”.

He said: “Enjoy it! The dances are fantastic, the dancers are great.

“Learning ballroom and all of those classical dances is fantastic.

“It can get nerve-racking at times because it’s live, you forgot sometimes when you rehearse and stuff.

“They’re all live performances, there’s no re-takes or turning back.

“It’s a bit like doing theatre, so that’s how I took it.”

He added it was a “wonderful experience” and praised the team, including hosts Tess Daly and Claudia Winkleman as “great”.

Ray was voted out of the show in week six after performing a Samba routine.

This year’s line-up is yet to be announced, however rumours have already started to emerge.

Ex rugby union pro-turned pundit Ugo Monye is said to be in talks with the show.

A source told The Sun : “Ugo can’t wait to get out on the dancefloor and show off his moves.

“He’s not known for his dancing, but he isn’t afraid of a challenge.

“Ugo became friendly with Jamie [Laing] when they worked on a travel show together in 2019 and after seeing how much he loved the experience, Ugo jumped at the chance.”

Other names in the mix include BBC’s Louise Minchin, Death In Paradise’s Josephine Jobert and Selling Sunset star Christine Quinn.