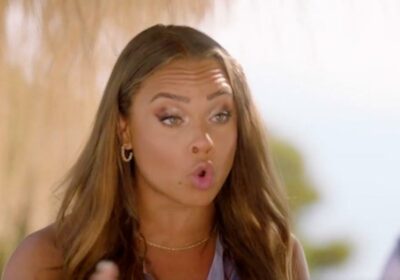 The club's official Facebook post revealed that the original talent they had lined up for an appearance and greeting – Ekin-Su Cülcüloğlu – had pulled out of the stint due to an increase in TV commitment and that instead, Pryzm had been offered the likes of Danica, Adam Collard and Billy Brown as stand-in special guests.

"We are as disappointed as you," the status read. "And we're even more disappointed that the only replacements we've been offered are Danica, Adam or Billy.

"At Quids In, we only want to give you the best entertainment, so in our opinion it's not worth replacing her with someone no one cares about. So instead, we're going to throw one hell of a party and give a £500 cash prize to 1 lucky ticket buyer on the night."

"Pryzm Leeds would like to wish Ekin-Su and all the other contestants the best in their future endeavours."

The nightclub has since told OK!: "We are truly sorry for this post which should never have been shared. These were not our words and we would not wish to upset any members of Love Island as we know how much they are loved."

Fans have since swarmed to 21-year-old Danica's defence online, with one angry viewer tweeting: "Don’t do danica like this pryzm LEAVE MY SISTER ALONE!"

"Someone nobody cares about?" another angry fan replied, similarly defending Danica's fellow contestants. "How rude are you guys. I care about Adam, Billy and Danica and would definitely rather see Adam than Ekin Su!"

A third added: "I love Ekin but Danica comes across much more lively & fun. Who wouldn’t want her at a party. So rude to my girl."

"They're big mad," a fourth continued. "Ngl tho I’d run to my local club if Danica was there she seems like she’d be so much fun to drink with."

Another wrote: "Well if you speak about Danica, Billy and Adam like that, I am very glad Ekin-Su’s management cancelled all your club nights. So disrespectful. I for one love Danica and Billy."